Australia vs India: Josh Hazlewood Says First Test Can Be Played With Red Ball In Brisbane Or Melbourne

Australia vs India: Josh Hazlewood has suggested the first Test against India be moved to Melbourne or Brisbane in the wake of fresh COVID-19-related restrictions in South Australia. 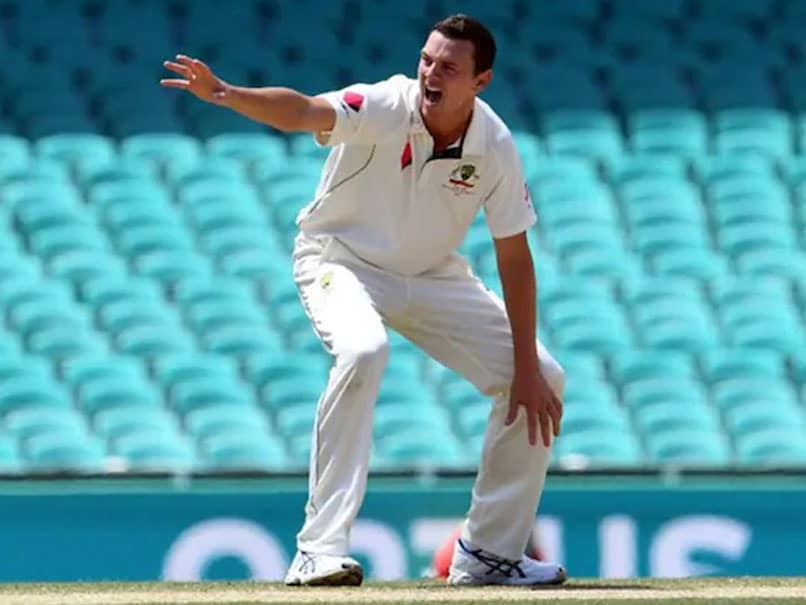 Josh Hazlewood said playing the first India Test in Brisbane will be a relief for bowlers.© AFP

Australian pacer Josh Hazlewood has suggested that the first game of the four-match Test series against India can be played with the red-ball in either Brisbane or Melbourne if the situation does not improve in Adelaide. India and Australia are slated to play three ODIs, three T20Is and four Tests. The first Test would be a day-night match at Adelaide, but of late South Australia has witnessed a sudden spike in COVID-19 cases. South Australia is entering a hard lockdown for six days as Adelaide continues to grapple with a coronavirus outbreak, and it has cast doubt on whether the series will start in the city as planned.

"He (curator Damian Hough) has got the wicket perfect at Adelaide for a pink-ball Test. A few grounds around Australia are too abrasive or too hard, such as the Gabba or Perth. Those wickets are too hard for a pink ball, it goes quite soft after a certain amount of time," cricket.com.au quoted Hazlewood as saying.

"(It) Could be a red ball (first Test in) Melbourne or Brisbane or somewhere, then we head back to Adelaide later on in the summer. From all reports, we're still good for Adelaide but it can always change. Hopefully, they can get on top of it in the next week or two," he added.

Hazlewood also suggested that the first Test at Brisbane would help all the pacers as Brisbane will keep getting hotter as the summer progresses. Currently, the last match of the four-Test series is slated to be played at the Gabba, Brisbane.

"The longer we wait the hotter it gets up there, so the quicks would all be happy to get that game done in December. We obviously have a really good record up there and it's a great place to start," said Hazlewood.

Kohli will just be playing one Test against Australia, and then he will head back home after being granted paternity leave by the Board of Control for Cricket in India (BCCI).

The four-match series will be a part of the World Test Championship (WTC). India and Australia are at the top two spots in the WTC standings.

Josh Hazlewood Australia vs India 2020-21 Cricket
Get the latest updates on IPL Auction 2023 and check out  IPL 2023 and Live Cricket Score. Like us on Facebook or follow us on Twitter for more sports updates. You can also download the NDTV Cricket app for Android or iOS.