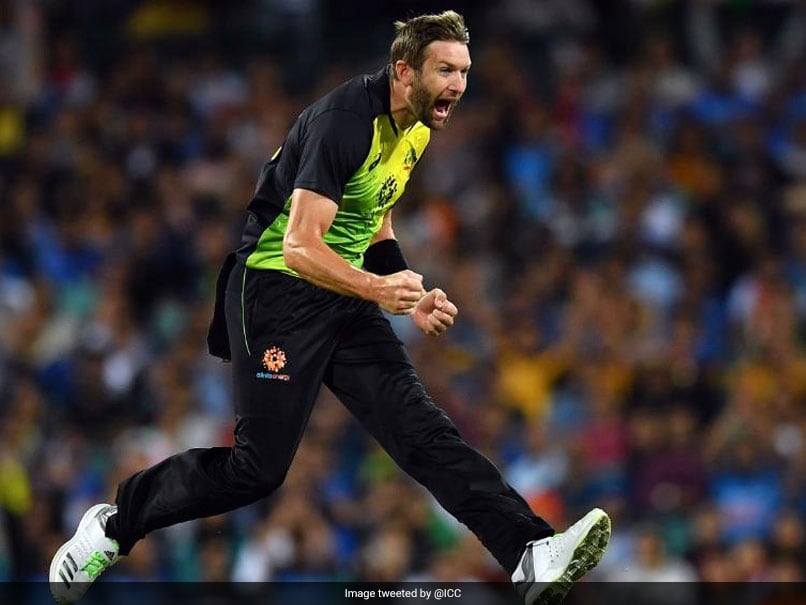 Fast bowler Kane Richardsonwithdrew Wednesday from Australia's limited-overs squad to face India to stay with his wife and newborn son in Adelaide, which is battling a coronavirus outbreak. Richardson will be replaced by fellow quick Andrew Tye who was part of the squad on Australia's recent white-ball tour to England. "It was a difficult decision for Kane to make but one which has the complete support of the selectors and the entire playing squad," national selector Trevor Hohns said.

Richardson informed selectors of his decision on Tuesday, hours before South Australia announced a six-day "circuit-breaker" lockdown to contain a sudden coronavirus cluster in the state capital Adelaide.

"Kane wanted to remain in Adelaide with Nyki and their newborn son. We will always support our players and their families, even more so given the challenging environment we are in," said Hohns.

"We will miss what he brings to the team but completely understand and support his decision."

Preparations for India's blockbuster cricket tour have been complicated by the outbreak in South Australia, with the first Test scheduled at the Adelaide Oval from December 17-21.

Australian players and staff from outside New South Wales flew into largely Covid-free Sydney Tuesday, several days earlier than planned, because of fears that the latest outbreak could close state borders.

Batsmen Josh Philippe and D'Arcy Short were added to Australia's training squad Wednesday as a precaution, with the remainder of the white-ball squad due to assemble in Sydney on Sunday.

Cricket Australia said it remained committed to holding the first Test in Adelaidebut was monitoring the coronavirus situation closely.

South Australians were told Wednesday to leave their homes only for essential work, to buy groceries or for health reasons.

The state is the first in Australia to ban outdoor exercise for all residents since the pandemic began.

The lockdown came as two new Covid positives were linked to a cluster that emerged from an Adelaide quarantine hotel, taking the outbreak to 22 cases.

Kane Richardson Andrew Tye Australia vs India 2020-21 Cricket
Get the latest updates on IPL Auction 2023 and check out  IPL 2023 and Live Cricket Score. Like us on Facebook or follow us on Twitter for more sports updates. You can also download the NDTV Cricket app for Android or iOS.