Ravi Shastri Says "Great To Get Back To Business" Ahead Of Australia Tour. See Pics

Indian cricket team's head coach Ravi Shastri on Wednesday said that it is great to get back to business as the Virat Kohli-led has been undergoing training sessions ahead of the series against Australia. 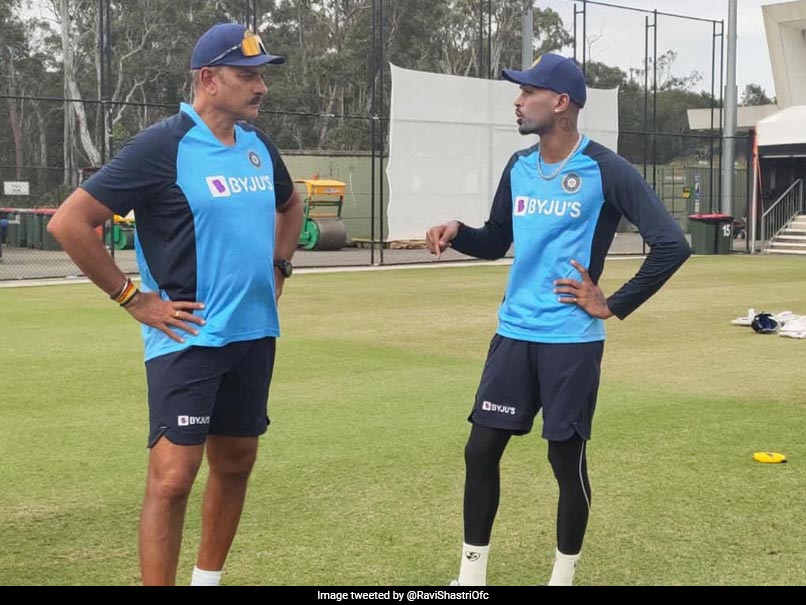 Indian cricket team's head coach Ravi Shastrion Wednesday said that it is great to get back to business as the Virat Kohli-led has been undergoing training sessions ahead of the series against Australia. India and Australia are slated to lock horns against each other in three ODIs, three T20Is, and four Tests. Shastri posted photos alongside Hardik Pandya, Shikhar Dhawan, and Shardul Thakur and he captioned the post as: "Great to get back to business - with @hardikpandya7 @SDhawan25, @imShard, #TeamIndia #AUSvIND.

India and Australia will first lock horns against each other in ODIs and T20Is and then both sides will shift their attention to the longest format of the game.

Kohli will just be playing one Test against Australia, and then he will head back home after being granted paternity leave by the Board of Control for Cricket in India (BCCI).

The four-match series will be a part of the World Test Championship (WTC). India and Australia are at the top two spots in the WTC standings.

Australia Cricket Team Ravi Shastri Australia vs India 2020-21 Cricket
Get the latest updates on ICC T20 Worldcup 2022 and CWG 2022 check out the Schedule, Live Score and Medals Tally. Like us on Facebook or follow us on Twitter for more sports updates. You can also download the NDTV Cricket app for Android or iOS.