Australia vs India: Joe Burns has been in poor form for the hosts in the recent practice matches, and Shane Warne feels Matthew Wade and Marcus Harris can be the opening pair in the first Test. 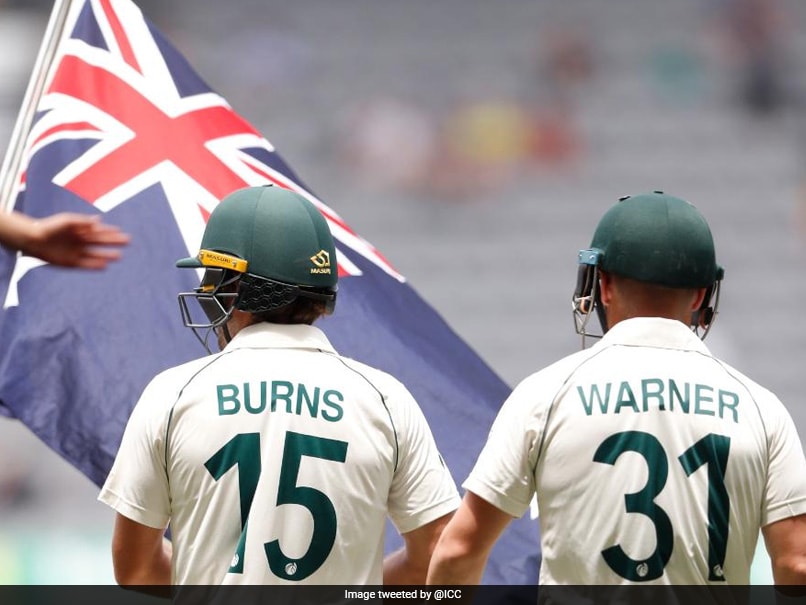 Australia vs India: Joe Burns and David Warner during a Test match.© Twitter

Former Australia spinner Shane Warne on Tuesday explained the reason behind not choosing Joe Burns as one of the openers for the upcoming first Test against India in Adelaide. The first Test of the four-match series between Australia and India, beginning on December 17, will be played at the Adelaide Oval and it will be a day-night contest. Warne, who had earlier backed Burns to open the day-night fixture for Australia, lamented the right-handed batsman's poor form as the reason. Burns scored only five runs in the two practice games against India, which also saw him getting out without scoring twice.

The legendary spinner said with the dearth of runs, Burns doesn't deserve to be selected as selectors must also trust batsmen's form. Warne also reiterated his stand and picked Matthew Wade and Marcus Harris as the opening pair for the first Test.

"I think it's pretty simple mate. Wade is in best 6 test batsman, Warner back for Boxing Day. So let Wade loose in Adelaide with Harris. I supported Burns 2 weeks ago, but 60 odd runs in 7/8 hits does not deserve to be selected. We must trust form. Great re Green - exciting talent," Warne tweeted.

Harris was added to the Australian men's squad for the first Test on Saturday, following confirmation of David Warner and Will Pucovski not being available for selection in Adelaide.

The first Test of the series, a pink-ball contest, will begin on December 17 at the Adelaide Oval. Australia had won the ODI series while the Men in Blue walked away with the honours in the T20I series.

Matthew Wade Marcus Harris Australia vs India 2020-21 Australia vs India, 1st Test Cricket
Get the latest updates on T20 World Cup, check out the T20 World Cup Schedule and Live Score . Like us on Facebook or follow us on Twitter for more sports updates. You can also download the NDTV Cricket app for Android or iOS.