Shane Warne on Sunday picked Matthew Wade and Marcus Harris as the opening pair for the first Test against India in the absence of regular opener David Warner and Will Pucovski. 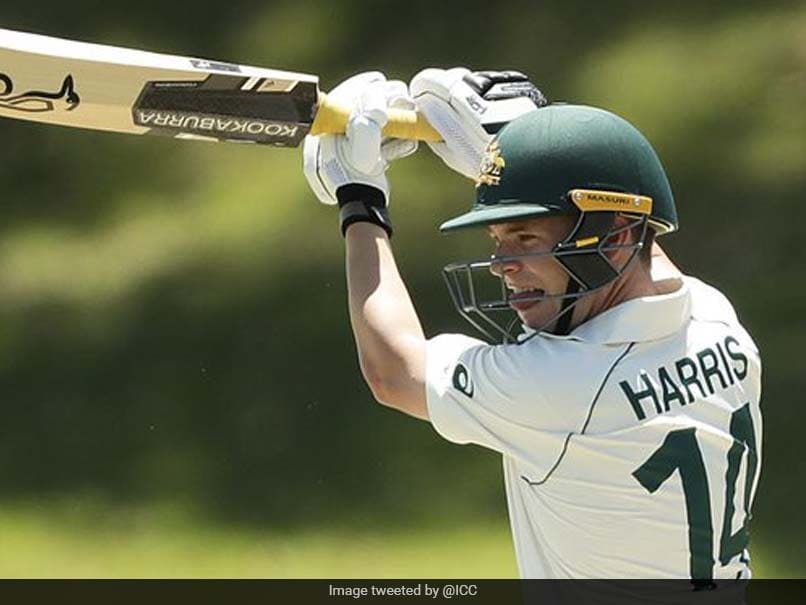 Marcus Harris was included into the Australian squad as replacement for Will Pucovski.© Twitter

Former legendary Australia spinner Shane Warneon Sunday picked Matthew Wade and Marcus Harris as the opening pair for the first Test against India in the absence of regular opener David Warner and Will Pucovski. Cricket Australia on Saturday added Harris into the Test squad following confirmation of Warner and Pucovski not being available for selection for Adelaide Test. Warner had injured his adductor muscle in the field during the second ODI against India at the Sydney Cricket Ground (SCG), while Pucovski sustained a concussion while batting for Australia A in the tour match against India at Drummoyne Oval last week. Both batsmen will now target a return ahead of the Boxing Day Test. Surprisingly, Warne's first Test XI did not feature lacklustre batsman Joe Burns, who was seen as one of the openers for the longest format game.

Burns has been under fire off late for not being able to score runs consistently. The opening batsman has just managed to score 61 runs from eight innings this season. In the ongoing three-day practice game against the Indians, Burns was dismissed for a duck by Jasprit Bumrah in the first innings while in the second innings he did manage to score one run before being sent back to the pavilion.

The veteran leg-spinner also named Shaun Marsh as a replacement for Cameron Green, who suffered a blow on his head during the ongoing practice-game against India. He was substituted by Pat Rowe on the first day of the match.

In the middle-order, Test favourites Marnus Labuschagne and Steve Smith finds a place along with Travis Head and skipper Tim Paine. Whereas the bowling department will be headed by experienced pacer Mitchell Starc supported by the duo of Pat Cummins and Josh Hazlewood.

Nathan Lyon is the only spinner to find a place in Warner's playing XI for the historic first-ever day-night Test match between Australia and India.

The first Test of the four-match series, beginning on December 17 will be played at the Adelaide Oval and it would be a day-night contest.

Australia have the best record in day-night Tests as the side has not lost a single match that has been played with the pink ball.

Virat Kohli will be playing just the first Test against Australia as he will return home after being granted paternity leave by the Board of Control for Cricket in India (BCCI).

India batsman Rohit Sharma is also all set to join the squad after clearing the fitness test at the National Cricket Academy (NCA). Rohit was rehabilitating and training at NCA since November 19 following a high-grade left hamstring injury he suffered during the Indian Premier League (IPL).

The opening batsman will be available only for the third and fourth Test of the series, as he will complete his quarantine period midway during the second Test.

Matthew Wade Australia vs India 2020-21 Cricket
Get the latest updates on IPL Auction 2023 and check out  IPL 2023 and Live Cricket Score. Like us on Facebook or follow us on Twitter for more sports updates. You can also download the NDTV Cricket app for Android or iOS.