Watch: KL Rahul Gears Up For India's Tour Of Australia With Wide Array Of Shots

Australia vs India: The tour begins on November 27 with the first ODI. KL Rahul has been selected for all three formats. 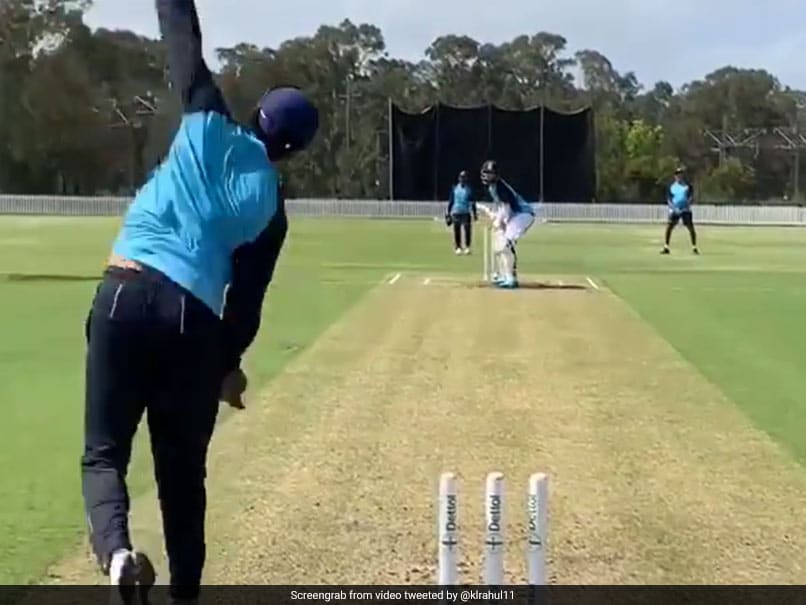 After winning the 'Orange Cap' in the recently-concluded Indian Premier League (IPL) 2020, Kings XI Punjab (KXIP) captain KL Rahul got back to action for Team India, at their bio-secure bubble in Australia. India's tour consists of three ODIs, three T20Is and a four-match Test series. The 28-year-old took to social media to post a video of him playing a wide array of shots against the likes of Ravindra Jadeja, Kuldeep Yadav and a few others. He captioned his post as, "Good to be back in blue".

Good to be back in blue pic.twitter.com/cCo8UecBWg

Despite his dominating displays with the bat, KXIP could only finish at sixth place in the league, thereby not progressing to the playoffs.

The first ODI on November 27 will mark the beginning of the tour. There will be two more ODIs after that, followed by a T20I series. The four-match Test series will begin on December 17.

Rahul will participate in the all three formats in Australia. He has also been the management's wicketkeeper choice in their recent outings with Rishabh Pant making high-profile errors in international fixtures.

KL Rahul Cricket Australia vs India 2020-21
Get the latest updates on SA vs IND 2021-22, check out the Schedule and Live Score . Like us on Facebook or follow us on Twitter for more sports updates. You can also download the NDTV Cricket app for Android or iOS.