Australia A vs India: Jasprit Bumrah slammed six fours and two sixes during his unbeaten 55-run knock in the second practice Test match, at the Sydney Cricket Ground. 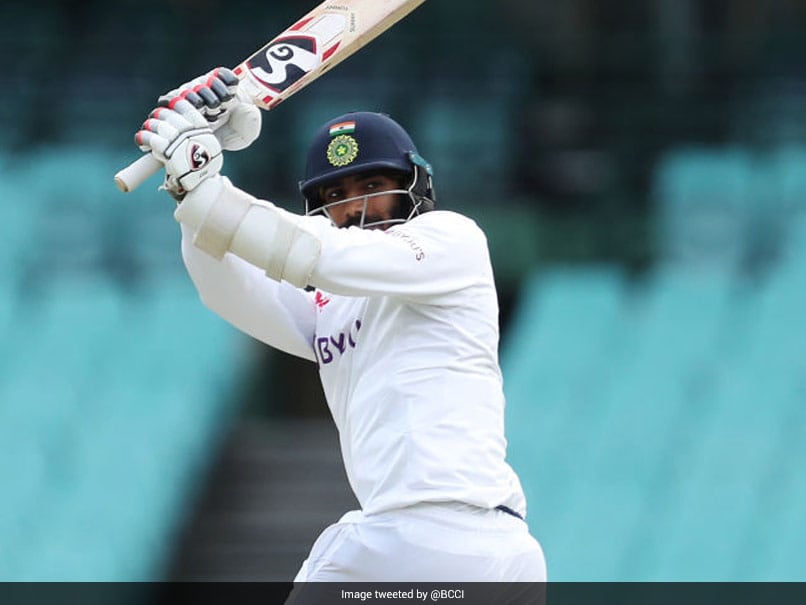 Australia A vs India: Jasprit Bumrah hit a Will Sutherland delivery to the boundary to reach his fifty.© Twitter

Jasprit Bumrah registered his maiden first-class fifty, during India's second practice Test match against Australia A, in Sydney. To reach his half-century, Bumrah pulled a short-pitched delivery by Will Sutherland to the fine-leg boundary. Despite a diving fielder trying to reach for the ball, Bumrah managed to muster enough power to send it over the boundary ropes for a six and also reach his maiden first-class fifty. This was also the Indian pacer's second-highest first-class score, which previously was 16 not out. He also posted the highest score of India's innings with an unbeaten 55-run knock from 57 deliveries. Here is the video of Bumrah sending Sutherland's delivery for a six to reach his fifty:

Bumrah's unbeaten knock consisted of six fours and two sixes. He also shared a 71-run last-wicket stand with Mohammed Siraj (22) to help India climb to 194 all out in the 49th over.

Maiden first-class fifty for @Jaspritbumrah93 and this is also his first 50 in any format! He gets to his half-century in 54 balls in a pink-ball game against Australia A! #TeamIndia #AUSvIND pic.twitter.com/U0Z6su8umO

Bumrah's arrival came at a time when India were struggling.

Initially, India's stand-in captain Ajinkya Rahane won the toss and elected to bat at the Sydney Cricket Ground. Majority of the Indian batsmen fell cheaply to the Aussie bowlers, with the likes of Bumrah, Siraj, Prithvi Shaw (40) and Shubman Gill (43) putting in decent knocks for the visitors.

Jasprit Bumrah Australia vs India 2020-21 Cricket
Get the latest updates on ICC T20 Worldcup 2022, check out the Schedule and Live Score. Like us on Facebook or follow us on Twitter for more sports updates. You can also download the NDTV Cricket app for Android or iOS.