AUS vs IND: Ian Chappell said he has been impressed by Ajinkya Rahane's aggressive style of captaincy. 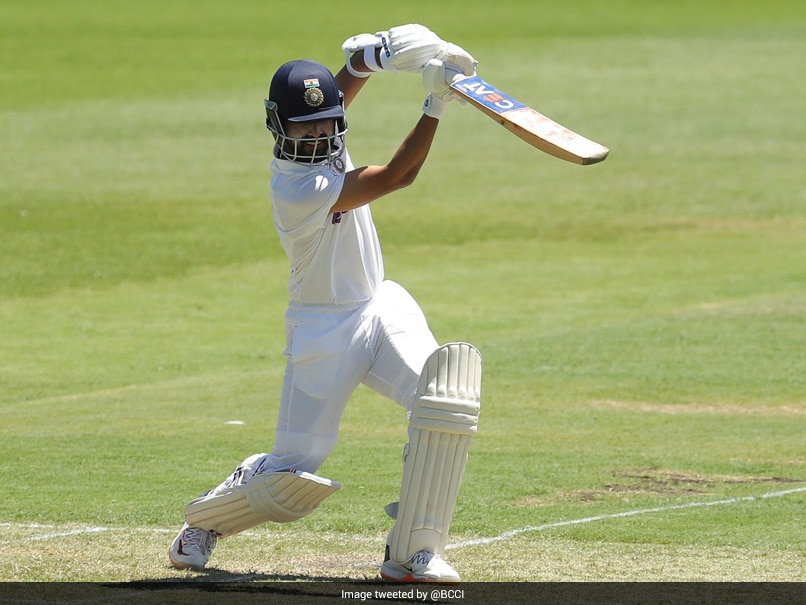 Ajinkya Rahane will lead India in the final three Tests of the four-match series.© Twitter

Former Australia captain Ian Chappell has found Ajinkya Rahane to be a "fabulous captain" and expects that his "aggressive style" will suit the Indian team which would fancy its chances against a David Warner-less hosts in the first Test in Adelaide from December 17. India captain Virat Kohli will be on a paternity break after the first Test and onus will be on Rahane to steer the ship in the remaining three games of the Border-Gavaskar Trophy. "Well, I saw him captain in one Test against Australia (in Dharamsala in March, 2017) and found his captaincy to be fabulous. He was really an aggressive captain," Chappell told PTI during a virtual interactive session "Cricket Conversations", anchored by senior cricket journalist Ashis Ray.

Chappell then cited nuggets of Rahane's captaincy during that Australia Test that had caught his attention.

"I remember a couple of aspects about his captaincy. What stood out for me was in the Australian first innings, Warner was going well and getting on top of Indian bowlers. He brought in Kuldeep Yadav (debutant) and he dismissed Warner."

"The second thing I remember was India chasing a low total and they lost a couple of wickets. Rahane just came in and attacked the Australian bowlers and scored some 20 odd (38 off 27 balls). I liked that approach."

"Look, as a captain, you always have two choices -- one is the aggressive route and the other is a conservative approach. I have believed that in Test cricket aggressive approach is a must and Rahane is aggressive."

While Chappell still believes that Australia might have a slight edge in Test matches but absence of a match-winner like David Warner in Adelaide will be an advantage for India.

"Everything that could have gone wrong with opening has gone wrong. Warner is out and Joe Burns has been struggling. Will Pucovski after another concussion, I don't think it would be good to play him both in terms of confidence and medical point of view."

"I think Australians will go with Joe Burns and Marcus Harris opening combination. I thought Cameron Green would have played in Sydney but after his century in the warm-up game and a couple of wickets that he picked, there may be a temptation to play him in Adelaide," observed the decorated former Aussie captain.

Chappell also said that if Mitchell Starc is not available as he is out on compassionate grounds, there is a quality speedster in James Pattinson, who would replace him.

"But top order is the biggest concern. It's not just about Warner's presence but the manner in which he scores those runs as has detrimental effect on the opposition. In his absence, the responsibility will now be on Steve Smith and Marnus Labuschagne," Chappell said.

While he would prefer to watch an elegant Kohli any day over an "ungainly" Smith, he did caution that if India are not able to figure out a way to dismiss him, then it will be trouble for the visitors.

So how does one bowl against Smith?

"You have to unsettle him (Smith) by changing plans. If you bowl short of length, then he will be rocking back (and hitting for fun) all day. Somehow, you have got to get him to play forward even at the cost of few runs. But you will still have some chance of getting him out," he said.

But Chappell certainly doesn't like the 'Neil Wagner tactic' that New Zealand used peppering the batsman with bouncers.

"I believe that short-pitched stuff should be used judiciously. It should be a surprise weapon. What New Zealand did was a waste of energy. If you bowl a bouncer, make it count," he said, citing example of Andy Roberts.

"Andy used to bowl different kinds of bouncer and every time I faced him, I had to do something about it."

On the Indian team, there is no marks for guessing that getting Kohli out quickly in Adelaide will be the key for Australia.

However he did admit that Ishant Sharma's height and the steep bounce that he is able to generate on Australian tracks will be missed by India.

"I was having a drink with Ravi (Shastri) the other day and he told me that probably (Umesh) Yadav will get the nod as the third pacer."

In fact he feels that it's good that India is starting with a Day/Night game in Adelaide where there will be some seam movement.

"India have two smart quicks in Jasprit Bumrah and Mohammed Shami. If you ask me, if the team batting first scores 300, you are on your way to winning the Test match at the Adelaide."

Ajinkya Rahane Ian Michael Chappell Cricket
Get the latest updates on ICC T20 Worldcup 2022, check out the Schedule and Live Score. Like us on Facebook or follow us on Twitter for more sports updates. You can also download the NDTV Cricket app for Android or iOS.