Watch: Ricky Ponting Predicts Prithvi Shaw's Mode Of Dismissal Moments Before The Opener Is Cleaned Up

AUS vs IND: Ricky Ponting pointed out a flaw in Prithvi Shaw's technique and he got out on the very next ball in exactly the same manner. 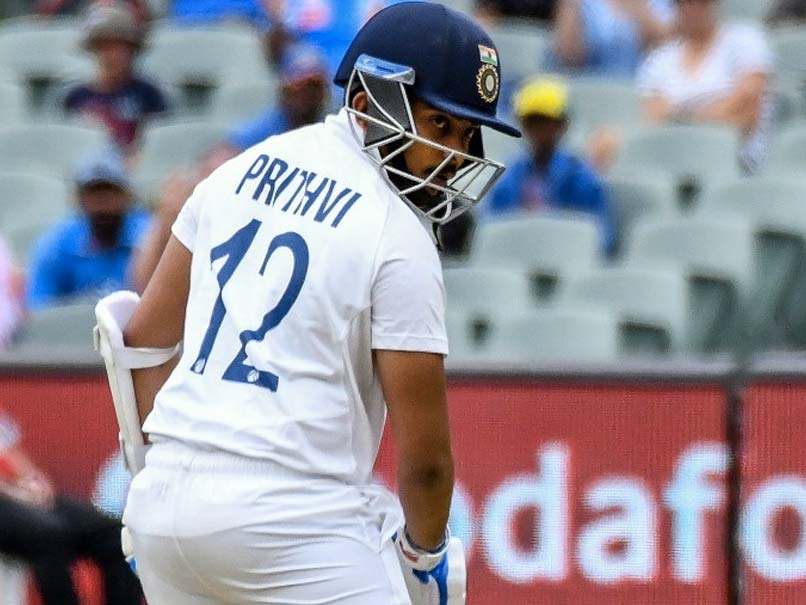 AUS vs IND: Prithvi Shaw's second-ball duck on Day 1 of the Adelaide Test earned him a lot of criticism.© AFP

Prithvi Shaw's second-ball duck on Day 1 of the Adelaide Test earned him a lot of criticism on social media, with fans questioning his poor shot selection. Apart from Shaw's dismissal, another thing that became a huge talking point on Twitter was how Ricky Ponting, Shaw's head coach at Delhi Capitals, predicted a flaw in his technique and he got out on the very next ball in the exactly same manner. Ponting, who has spent quite a lot of time with Shaw working at Delhi Capitals, said that Shaw often leaves a big gap between his bat and pad and that is where Starc would target him. As it turned out, Starc did the same and cleaned him up as he tried to drive the ball without a proper footwork.

"He has got a little chink in his armour, I think it's the ball that does come back in to him. Very comfortable playing the ball away from his body. He does get his head in the line of the ball and plays under his eyes but he doesn't commit his front foot to the line of the ball a lot. Quite often leaves a big gap between bat and pad and that's where the Aussies will target. Starc will try and swing one back through the gate," said Ponting in a video posted by 7 Cricket on Twitter.

"If he does have a chink in his armour it's the ball which does come back into him...

"Quite often leaves a big gap between bat and pad and that's where the Aussies will target." @RickyPonting at his peerless best for the Prithvi Shaw wicket #AUSvIND pic.twitter.com/4nh67zBcpU

Shaw has been struggling for runs for quite some time and even failed to impress in the two warm-up games he played, but the team management picked him in the playing XI for the day-night Test.

While many praised Ponting for his accurate prediction, others criticised him for not helping Shaw get rid of his technical flaw despite spending a considerable time with him during last couple of seasons in the IPL.

Talking about the match, India opted to bat but lost both the openers with only 32 runs on the board. While Shaw departed in the first over, Mayank Agarwal battled hard for his 17 runs. Cheteshwar Pujara and skipper Virat Kohli both combined to ensure India don't lose anymore wicket in the first session.

After the dinner break, the duo batted with great patience and took India past 50-run mark. At the time, Pujara was unbeaten on 29 off 127 balls while Kohli was not out on 21 off 63 balls, with scoreboardreading 71/2.

Adelaide Oval, Adelaide Australia vs India 2020-21 Australia vs India, 1st Test Cricket
Get the latest updates on ICC Women's Cricket World Cup 2022 and IPL 2022, check out the Schedule , Live Score and IPL Points Table. Like us on Facebook or follow us on Twitter for more sports updates. You can also download the NDTV Cricket app for Android or iOS.