India vs Australia: Ravindra Jadeja sustained a hamstring injury and concussion in the first T20I. He could be ruled out of the 1st Test in Adelaide starting December 17. 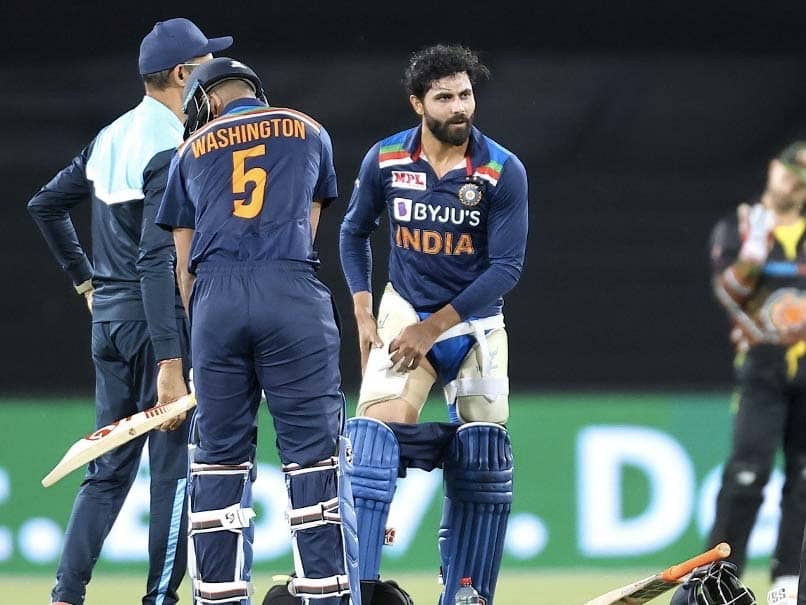 Australia vs India: Ravindra Jadeja sustained a hamstring injury during the first T20I in Canberra.© AFP

Indian all-rounder Ravindra Jadeja is likely to miss the opening Test against Australia owing to the concussion and a hamstring injury that he sustained during the opening T20 International in Canberra. The 32-year-old, who is on the cusp of his 50th Test, is likely to be out for at least three weeks which certainly rules him out of the first Day/Night Test in Adelaide starting December 17. In case it turns out to be a hamstring tear, it could well rule him out of the second Boxing Day Test in Melbourne from December 26.

"As per ICC's concussion protocols, after any head injury, a player needs to be rested for 7 to 10 days, which effectively rules Jadeja out of the three-day day/night warm-up game at the SCG from December 11," a BCCI source told PTI on conditions of anonymity.

"Therefore, it is next to impossible that the Indian team management would field Jadeja, without any warm-up game time ahead of the opening Test," the source added.

However, more than concussion, it is understood that the hamstring injury is likely to keep Jadeja out of action for at least one Test if not two. In fact, one of the on-air commentators, during the second day of the warm-up game between India A and Australia A, said that "news is Jadeja is out for three weeks" due to concussion.

However as per BCCI sources, while he is recovering well from concussion, to be fully fit from a dodgy hamstring may just take some time.

Jadeja has been a regular feature whenever India has gone with a single spinner in overseas Test matches. In 49 Tests, he has taken 213 wickets and scored 1869 runs with a hundred and 14 fifties at an average of 35.26.

Jadeja's injury will certainly mean that Ravichandran Ashwin will be the single spinner as he had looked more potent than young left-armer Kuldeep Yadav during the warm-up match against Australia A.

Ravindra Jadeja Australia vs India 2020-21 Cricket
Get the latest updates on India vs England Series, India vs England , live score and IPL 2021 Auction . Like us on Facebook or follow us on Twitter for more sports updates. You can also download the NDTV Cricket app for Android or iOS.