India vs Australia: "Was Missing Dad," Says Mohammed Siraj On Why He Got Emotional During National Anthem

Australia vs India: Images of Mohammed Siraj wiping away tears as the Indian national anthem was being played at Sydney ahead of the 3rd Test went viral. 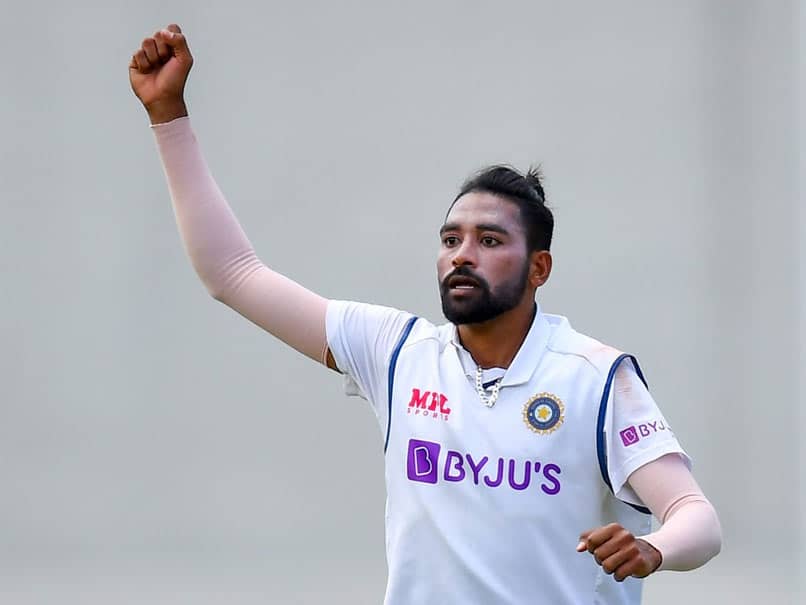 As the Indian national anthem played before the start of the third Test against Australia at the Sydney Cricket Ground on Thursday, an emotional Mohammed Siraj wiped away his tears before opening the bowling alongside Jasprit Bumrah as the hosts were put in to field by Tim Paine. The seamer carried on his form from his debut Test in Melbourne by dismissing the returning David Warner and giving India their first breakthrough in the match. Speaking after the day's play, Siraj revealed that it was his father's memories that brought tears to his eyes.

Siraj's father died late last year when the fast bowler was in Australia for India's tour Down Under.

"When the national anthem was playing, I was missing my father, so that's why," he said, when asked why he got emotional.

"It was very emotional, because Dad wanted to see his son play Test cricket, so if he had been here today, he would have been able to realise that dream," Siraj said.

Despite his father's death, Siraj - who had travelled from the UAE to Australia directly after the Indian Premier League - chose to stay on with the squad with the hopes of playing the Border-Gavaskar Trophy.

Siraj made his Test debut in the Boxing Day Test at the Melbourne Cricket Ground, and claimed the prized scalp of Marnus Labuschagne as his first wicket in the longest format of the game in Australia's first innings.

He followed it up with Cameron Green's wicket and later picked three wickets in Australia's second innings, helping India to an eight-wicket win to level the series 1-1.

In the game in Sydney, Siraj carried on his good form, drawing the edge from David Warner to give India a good start.

With Ishant Sharma already ruled out of the series before the tour and Mohammed Shami and Umesh Yadav picking up niggles during the first and second Tests respectively, Siraj is expected to play a key role in India's bowling attack for the remainder of the competition.

India Cricket Team Mohammed Siraj Australia vs India, 3rd Test Cricket
Get the latest updates on India vs England Series, India vs England , live score and IPL 2021 Auction . Like us on Facebook or follow us on Twitter for more sports updates. You can also download the NDTV Cricket app for Android or iOS.