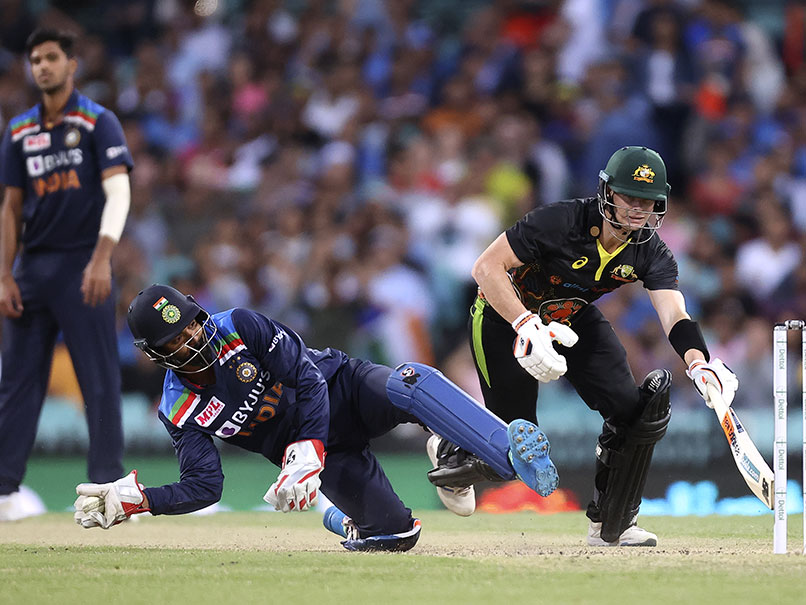 Australia vs India: Australia beat India by 12 runs in the third and final T20I in Sydney.© AFP

Former England skipper Michael Vaughan said India's fielding during the third T20I against Australia was "atrocious" and he compared the visitors' performance to his own fielding abilities. "India's fielding is atrocious ... It's my standard ... #OnOn #AUSvIND," Vaughan tweeted. India have already sealed the three-match T20I series against Australia as they won the first two games. In the third match, played at the Sydney Cricket Ground, India skipper Virat Kohli won the toss and opted to bowl first.

India's fielding is atrocious ... It's my standard ... #OnOn #AUSvIND

A brilliant fifty by Glenn Maxwell and a gutsy half-century by Matthew Wade powered Australia to 186/5 in their 20 overs.

Wade scored his second fifty on the trot before Shardul Thakur caught him plumb in front of the wicket in the 19th over.

But the damage was done by then as Australia dominated the whole innings and what made matters worse for the Indians was their poor fielding.

It finally took some quality bowling in the death overs to minimise the damage as Australia scored 47 runs in the last five overs. While India did start well, the sloppy show on the field undid all the good work of the bowlers.

Wade played a knock of 80 runs while Maxwell scored 54 runs in the match to help Australia set a competitive target for India.

In reply, India were resticted to 174 for 7 despite captain Kohli's 85 and lost the game by 12 runs.

India Cricket Team Michael Vaughan Australia vs India 2020-21 Australia vs India, 3rd T20I Cricket
Get the latest updates on SA vs IND 2021-22, check out the Schedule and Live Score . Like us on Facebook or follow us on Twitter for more sports updates. You can also download the NDTV Cricket app for Android or iOS.