Justin Langer said David Warner is working hard on recovering from his groin injury and said he is hopeful that the batsman will be fit for the 3rd Test against India. 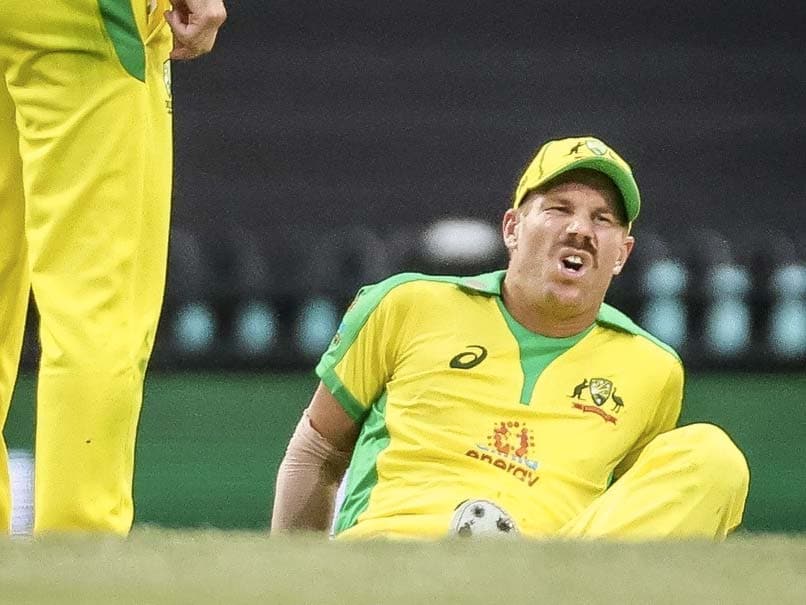 AUS vs IND: David Warner picked up a groin injury during the ODI series against India.© AFP

Australian cricket team coach Justin Langer is hopeful that star batsman David Warner could be available for the third Test against India in Sydney. The third Test between the two sides will be played from January 7 at the Sydney Cricket Ground and Langer has kept his "fingers crossed" over Warner's availability. Warner was ruled out of the Boxing Day Test on Wednesday. The left-handed batsman has not fully recovered from a groin injury suffered in the ODI series against India.

Warner will rejoin the Australia squad ahead of the third Test, Cricket Australia said on Wednesday but coach Langer wants him to be fully fit before he plays the third match.

"I am very hopeful, he batted really well in the Test yesterday. He is moving well and as enthusiastic as ever. He has got so much energy and passion for the game so. And for the last week or so he is doing everything possible to get back onto the ground," said Langer while replying to a query from ANI.

"Fingers crossed he has slight trouble when he starts running at full speed. When he gets back that confidence of course he will back in the team. We are monitoring him regularly and just fingers crossed if he's back and everyone loves watching him play cricket, so it's also for the entertainment of the fans," Langer added.

Meanwhile, bowler Sean Abbott will also not be available for the Boxing Day Test. He has recovered from a calf strain sustained during Australia A's tour match against India but Cricket Australia's bio-security protocols do not allow him to rejoin the squad in time for the Boxing Day Test as he spent time in Sydney outside the team's bio-secure hub to recover from injury.

India stumbled to an eight-wicket loss in the first Test of the series. Both sides will now take on each other in the Boxing Day Test, beginning December 26.

David Warner Sean Abbott Justin Langer Cricket
Get the latest updates on IPL Auction 2023 and check out  IPL 2023 and Live Cricket Score. Like us on Facebook or follow us on Twitter for more sports updates. You can also download the NDTV Cricket app for Android or iOS.