India vs Australia: Having taken an unassailable 2-0 lead in the three-match T20I series, India will look to win the third T20I against Australia on Tuesday and sweep the series. 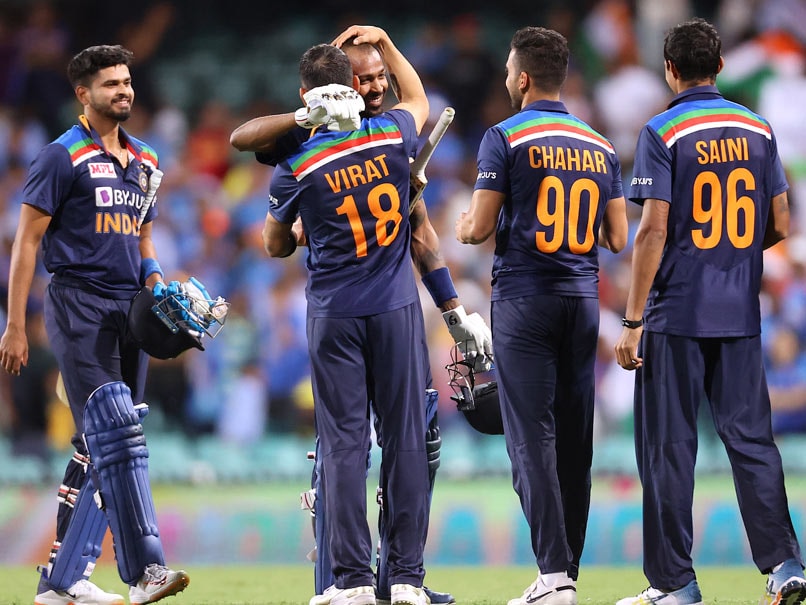 India vs Australia: India have won the first two T20Is and are looking for a series sweep.© AFP

The last time India clean swept Australia in a T20I series was on their 2015-16 tour when Yuvraj Singh and MS Dhoni were still active in international cricket. Since then, there have been three bilateral series between the teams with Australia winning one of them. The remaining two have been tied. As such, it's India's chance to settle scores when they meet Australia in the last of the three T20Is at the Sydney Cricket Ground (SCG) on Tuesday. India, who are on a 10-game winning-streak in T20Is, won the first two games, the most recent being the second T20I at the same venue on Sunday, and will look to finish the series on a high. Australia, on the other hand, will play for pride.

India have found a way to win after Australia had started well in each of the two games.

In the first T20I, Australia had restricted India to 161 for 7 before Yuzvendra Chahal, Ravindra Jadeja's concussion substitute, picked up 3 for 35 to restrict Australia to 150 for 7.

In the second game, the hosts posted a challenging 194 for 5 after being asked to bat by India. However, Shikhar Dhawan's 52, captain Virat Kohli's 40 and Hardik Pandya's 42 not out helped India chase it down with six wickets in hand and two balls to spare.

Chahal's prowess with the spin aside, fast bowler T Natarajan, who made his T20I debut at the start of the series, has picked up five wickets from two games thus far and he has been the most economical of the India bowlers.

Dhawan, KL Rahul, Kohli, Pandya have all chipped in with the bat while Washington Sundar gives India an extra option with the new ball.

Australia, who are missing David Warner and missed Aaron Finch in the second T20I due to injury, will look to salvage a win to prevent a second sweep in the past five series.

However, the bowling was a cause for concern in the last match and Australia will have to find a way to get through the Indian top three early in the innings.

Moises Henriques Australia vs India 2020-21 Australia vs India, 3rd T20I Cricket
Get the latest updates on IPL Auction 2023 and check out  IPL 2023 and Live Cricket Score. Like us on Facebook or follow us on Twitter for more sports updates. You can also download the NDTV Cricket app for Android or iOS.