"Whatever I Say About Him Will Be Very, Very Less": Sunil Gavaskar On Cheteshwar Pujara

Sunil Gavaskar was all praise for Team India after their historic win at the Gabba in the 4th Test against Australia. 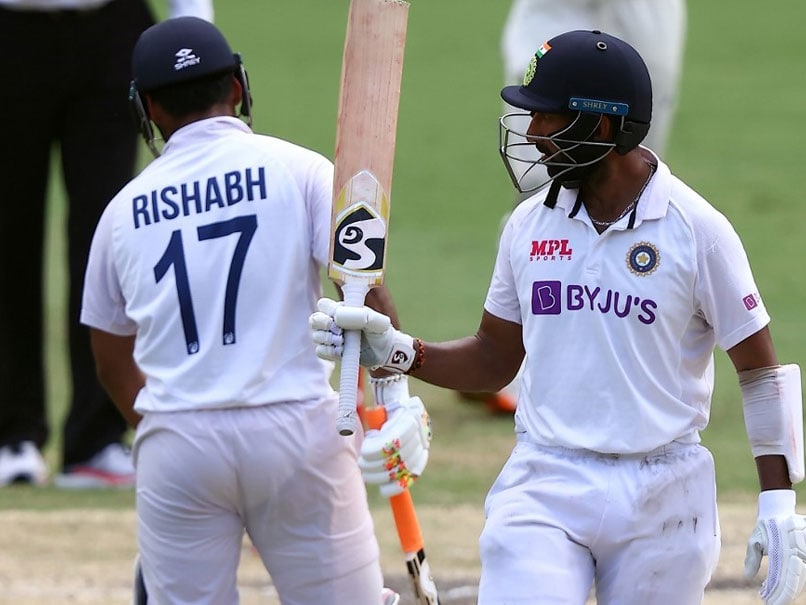 Team India made history as they breached Australia's fortress at The Gabba on Tuesday and former India skipper Sunil Gavaskar applauded the effort of the Ajinkya Rahane-led side, saying that young India is not afraid of doing the unthinkable. India beat Australia by three wickets against all odds in the final Test of the series at The Gabba on Tuesday to take the series 2-1. Gavaskar termed the historic win at The Gabba a "magical moment" for Indian cricket. The former opener said India was waiting to chase the game as the side wanted to finish the tour with a fairytale victory.

"Absolutely, this is a magic, magical moment for Indian cricket. They were not prepared to just save the game. They were wanting to go out and finish the tour in a blaze of glory," said Gavaskar on Sony Ten 3 after the match.

Shubman Gill had taken on the Australian bowlers smashing 20 runs off a Mitchell Starc over, hitting three consecutive boundaries, to set the tone at the top of the innings. Rishabh Pant then played a responsible knock of 89 to help India breach the fortress.

"It starts with Shubman Gill playing such a wonderful innings this morning. Then the old war horse Cheteshwar Pujara making sure that there were no inroads made by the Australians in that middle session," Gavaskar highlighted while commentating on the series on Channel Seven.

"And then Rishabh Pant coming in, once again promoted up the order at No.5 by this managing to Rahane, who has an unbeaten record now," he added.

Cheteshwar Pujara surviving the fiery spells from the Australian pace bowlers became the highlight of the fifth day of the fourth Test.

Often criticised for his slow approach, Pujara batted like a warrior. He took blows to the body, finger, and head, but did not flinch. He stood tall, defying the Australia bowlers who looked for one opportunity to break into the Indian lower-order.

Gavaskar said Pujara's presence at one end allowed other batsmen to express themselves freely.

"See, whatever I say about him will be very, very less. He put his body on the line for Indian cricket, for the Indian cricket team. He took blows on gloves, body, helmet but he didn't deter," said Gavaskar.

"His presence at the other end also gives confidence to young stroke players that there is someone holding the other end. That's why his innings was so important because if India had lost two wickets in the second session, it would have made things difficult," he added.

With this classic victory over Australia, India has moved to the top of the ICC World Test Championship standings.

"This series win is even more magnificent because this time Australia had their full-strength team. I think the future of the Indian cricket is so bright that we can have great anticipation for every upcoming series," Gavaskar signed off.