India vs Australia: Shreyas Iyer Overwhelmed That Hosts Have A Plan For Him

India vs Australia: The hosts have wrapped up the three-match ODI series with a 2-0 lead. Both sides face each other in the third ODI on Wednesday. 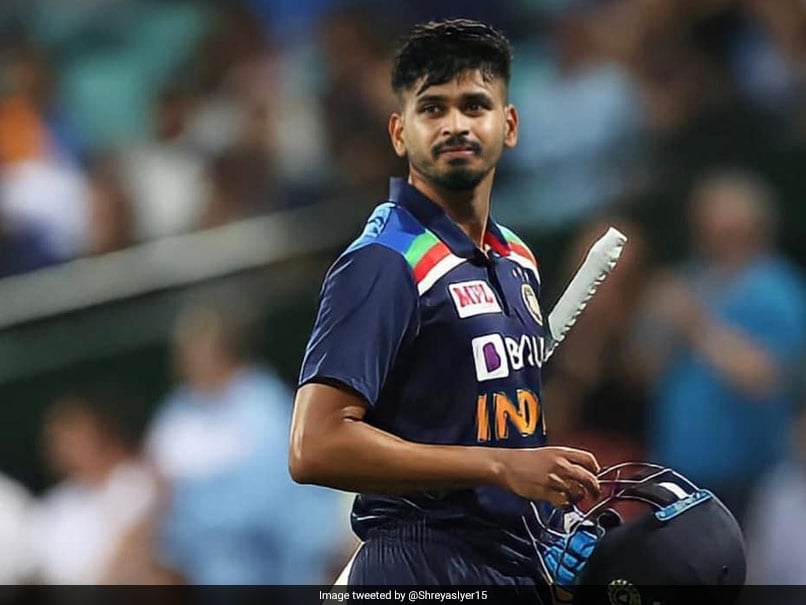 India vs Australia: Shreyas Iyer reacts after getting dismissed during the second ODI.© Twitter

Overwhelmed that the Australians devised a short ball strategy against him, Indian batsman Shreyas Iyer says it can best be tackled by adopting a counter-offensive approach and taking advantage of the field placing. Josh Hazlewood got Iyer into a tangle with a well-directed bouncer in the first ODI while he gave a better account of himself in the second game where he scored 38 off 36 balls. "I am really happy that they are coming up with a plan (against me)," Iyer said on the eve of the inconsequential third ODI when asked about the home team peppering him with short-pitched stuff.

"I feel overwhelmed and take it as a challenge. But I thrive under pressure and it motivates me to go against them. I feel it (a short leg and leg gully) helps to take advantage and score more runs and make best use of it," said India's number four batsman.

Playing the short stuff is all about mind-set for Iyer along with the adjustment while batting at the nets. "It's all about the mind-set that you need to adjust. How you need to place yourself on the wicket. Rather than bending down too much (during stance), you stand upright. It easier to pick up the short one."

"I have set a pattern for myself. Every time I play, I give myself a little bit of time and get set. If they come up with that field (for short ball), I get aggressive as well. Because that kind of field is easy to manipulate."

He agreed that confusion about the shot selection brought about his downfall against Josh Hazlewood in the first game. "I knew that short ball was going to come. I got in two frame of minds, thinking of pulling and at the same time I had this upper cut shot. I got stuck in between two thoughts and couldn't play the shot."

In the second game, he just watched the ball and reacted accordingly. "It was easy to do that rather than thinking about what the bowler is going to do. I like to give myself some time at the beginning. In that way, if you are set, you can predict what the bowler is trying to bowl."

Iyer also spoke about the challenges of adapting to different type of pitches -- like two months of IPL in UAE where it was low bounce and then the spongy tennis ball bounce Down Under. He said that one of the issues was different nature of training-wickets at Blacktown International Park, compared to tracks at the SCG.

"The wickets at practice was different (in terms of bounce) from the match. It's taking time to acclimatise but it's a challenge. I am enjoying that challenge."

Another issue has been the bowlers switching from four-overs in T20 to 10-over per innings in the ODI format.

"Just the transition from 20 over to 50 over which is really difficult. Bowlers coming and bowling 10 overs on the trot and also fielding for 50 overs. It was not at all easy from their point of view but they will comeback stronger with a positive frame of mind."

Iyer feels that bowlers are having a tough time since most of them had tremendous workload during IPL.

"The amount of workload, staying in quarantine, it plays on your mind. They are world class bowlers and they will come back strong. I really believe in them and I am happy with the kind of work (effort) they are doing (at nets)."

Asked if the quality of white kookaburra is affecting the bowlers, Iyer replied: "Definitely, if you look at scores of both matches it has gone above 300 (350). Bowlers are definitely facing some issues with the ball."

India Cricket Team Australia vs India 2020-21 Australia vs India, 2nd ODI Cricket Shreyas Iyer
Get the latest updates on Fifa Worldcup 2022 and check out  Fifa World Cup Schedule, Stats and Live Cricket Score. Like us on Facebook or follow us on Twitter for more sports updates. You can also download the NDTV Cricket app for Android or iOS.