India vs Australia: Planned To Make Hosts Play In Straight Lines Against Me, Reveals Shardul Thakur

India vs Australia: Shardul Thakur is not a part of the T20I squad, however, the pacer is just looking to make the most of all the opportunities that come his way. 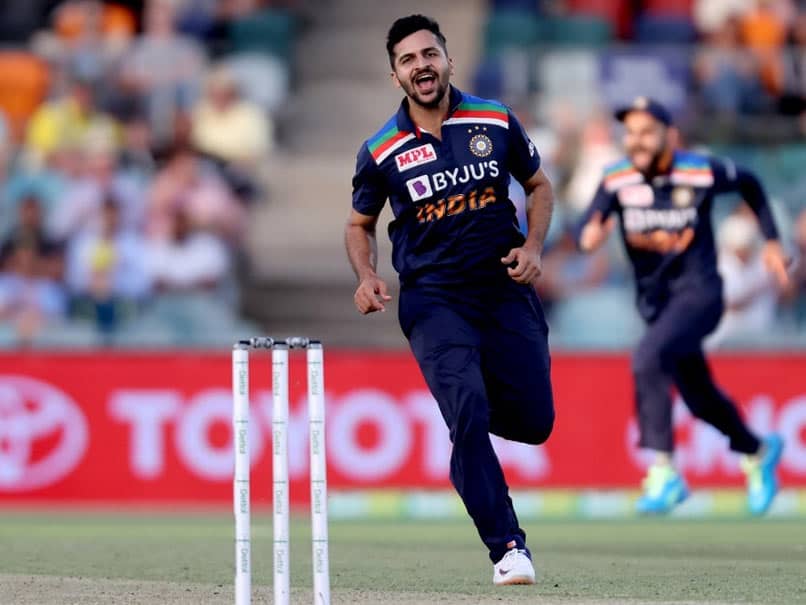 After registering a 13-run win over Australia in the third and final ODI, India pacer Shardul Thakur on Wednesday said that he came up with a plan to make the Australian batsmen play in straight lines against him. This was the first match for Shardul in this ODI series against Australia, and the pacer did not disappoint as he went on to scalp three wickets, including the crucial breakthrough of Steve Smith. "See, the important part was to stick to our lengths in this match. If you see the series, Australian batsmen have played pull and cut shots quite a bit, I just tried to keep them off those shots and I was trying to make them play in the straighter lines. This plan worked for me," said Shardul while replying to a query during the post-match press conference.

Talking about the dismissal of Steve Smith, Shardul said: "See, I feel sometimes that we get lucky. When we try to execute the plans, we wanted to keep them on the backfoot and win this game, we were planning to bowl at the stumps when Smith was batting, I got lucky that I strangled him down the legside, he is a top player, it was a huge wicket for us. Winning this game to carry the momentum in the T20I series was important."

While India opened their account in the ODI Super League with the win, Australia took the series 2-1. Luck was on India's side, to begin with as Kohli won the toss for the first time in the series and decided to bat.

While the top-order failed to fire in unison, the middle-order rose to the challenge and both Hardik Pandya and Ravindra Jadeja played match-winning knocks of 92 and 66 respectively to guide India to 302/5. Virat Kohli himself got among the runs as he played a knock of 63 runs.

"See, definitely the grounds are big, the pitches have been good to bat on this series, as a bowler, you need to be smart in terms of your bowling plan and where you want the batsman to hit shots. The key is to execute the plans and it will definitely help in the end. Warner was not playing this game and it was an opportunity for our bowlers to put Australia on the backfoot. We were looking to win this game to carry forward the momentum in the T20I series," said Shardul.

Shardul is not a part of the T20I squad, however, the pacer is just looking to make the most of all the opportunities that come his way.

"I think the team was selected a while back, I am not part of the T20 squad so I never thought about it. We are looking at this as six-match series (three ODIs and three T20Is). From now on, we can exploit the situations very well, boys are getting used to the conditions," said Shardul.

"Selection is not in my hands, but whenever I get the opportunity to play, I try my best to put in a good performance which will help the team to win. I do not think things like that I am just getting a chance in one match, every player eventually wants to win the match," he added.

T Natarajan who played his first ODI took two wickets and he provided the first breakthrough to Kohli's team.

Talking about Natarajan, Shardul said: "Natarajan is good, he did well in the IPL, he executed yorkers in the IPL, he came back strongly in this match and it is a testament to his character. We need players like these, who can keep coming back, in the white-ball format you are going to be hit as a bowler, but it all depends on how you make a comeback."