India vs Australia: The visitors lost the ODI series, and are now sixth in the ODI Super League table, having notched 10 points for winning the third ODI. 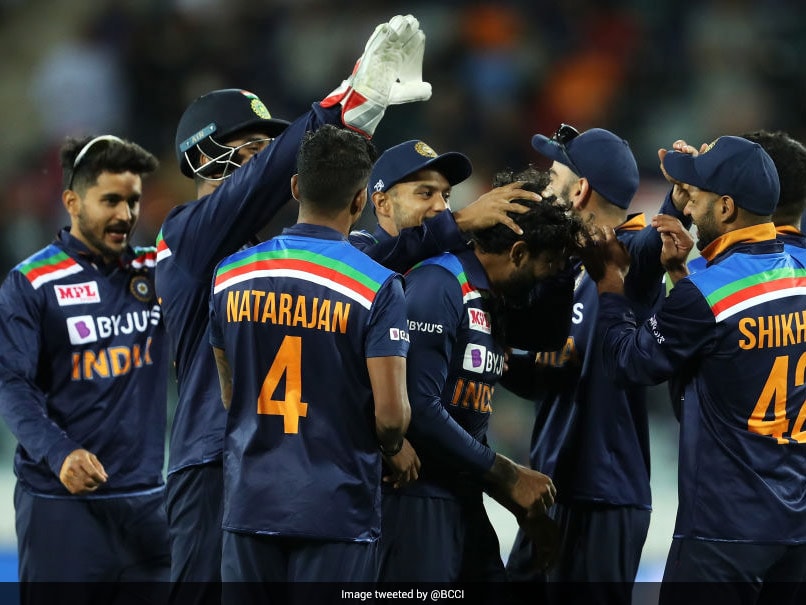 India vs Australia: The visitors won the third ODI by 13 runs.© Twitter

India is placed at the number six position with nine points. The side should have had 10 points for winning the third ODI, but the Kohli-led team lost one point because of a slow over-rate.

Initially, the ICC release had stated that every Indian player was fined 20 per cent of their match fees for slow over-rate in the first ODI against Australia, but there was no mention of point deduction then.

However, in the latest updated standings of the ODI Super League, India are positioned at sixth place with nine points.

Australia had defeated England 2-1 in their previous series of the 13-team championship, which was introduced this year to bring context to ODI cricket and also to decide the seven direct qualifiers for the ICC Men's Cricket World Cup 2023.

India, though assured of a berth as hosts, was to use the opportunity for long-term preparation. Reigning World Cup winners England are second in the points table with 30 points. They defeated Ireland 2-1 in the opening series of the championship before losing by the same margin to five-time world champions Australia.

Pakistan is also on 20 points after a 2-1 series win over Zimbabwe, who secured 10 points for their Super Over win in the final ODI played in Rawalpindi.

Australia Cricket Team Australia vs India 2020-21 Australia vs India, 3rd ODI Cricket
Get the latest updates on ICC T20 Worldcup 2022, check out the Schedule and Live Score. Like us on Facebook or follow us on Twitter for more sports updates. You can also download the NDTV Cricket app for Android or iOS.