Australia vs India: Virat Kohli was left high and dry after Ajinkya Rahane changed his call and the India skipper was run-out. 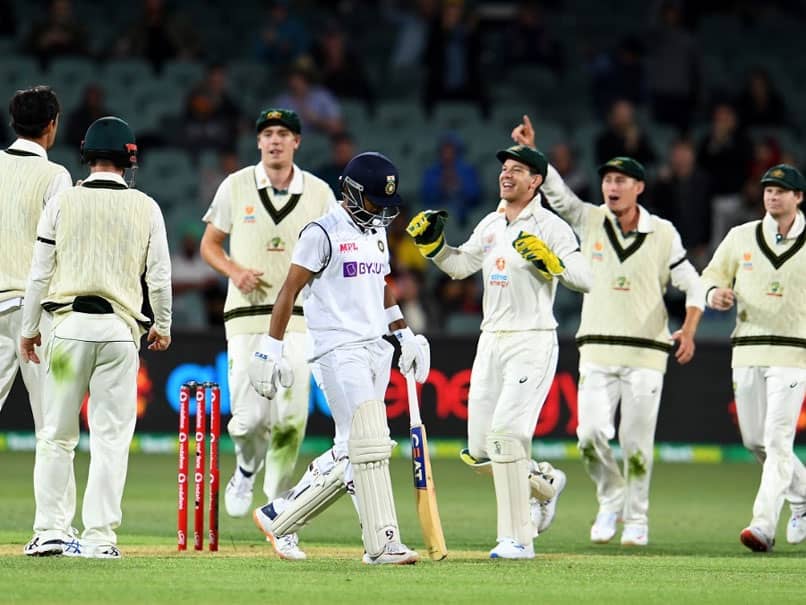 India captain Virat Kohli looked set for a big score on Day 1 of the first Test against Australia in Adelaide, having helped himself to 74 against a tough bowling attack. Coming in to bat with the team at 32/2, Kohli first put on a 68-run partnership with the resolute Cheteshwar Pujara and then an 88-run partnership with vice-captain Ajinkya Rahane. But, a moment of indecision from Rahane led to a mix-up, with Kohli losing his wicket completely against the run of play. Rahane punched a Nathan Lyon delivery to mid-off and called for the run. Kohli, who is always ready for a quick single, took off, but to his dismay, his vice-captain changed his mind and sent him back, costing him his wicket.

Watch the mix-up between Kohli and Rahane here:

Virat Kohli is run out after a mix up with Ajinkya Rahane! @hcltech | #AUSvIND pic.twitter.com/YdQdMrMtPh

The wicket changed the momentum of the game, with Rahane himself following Kohli to the pavilion soon after for 42, as Mitchell Starc struck in the first over with the new ball. Hanuma Vihari was also trapped LBW soon after by Josh Hazlewood.

Social media did not take kindly to Rahane's faux pas as he was trolled mercilessly for running out his captain.

"It's a nightmare @imVkohli and @ajinkyarahane88," one user wrote.

"Gonna say this once, @ajinkyarahane88 will be wanting to see @imVkohli board his flight back home, ASAP," another user wrote.

"Ohhh @ajinkyarahane88 @imVkohli was surely scoring a hundred today... The mistake from rahane can cost match to India," another user wrote.

Ohhh @ajinkyarahane88@imVkohli was surely scoring a hundred today...
The mistake from rahane can cost match to India #INDvAUS

Man! This series is seeming to be a lost cause already. Imagine the state of affairs when @imVkohli leaves to India. @ajinkyarahane88, we pinned up our hopes on you dude #AUSvIND #AUSvsIND

The only way @imVkohli could have been out was a run out. We all can feel for him. @ajinkyarahane88 needs to score big now. #AUSvIND

It's a nightmare @imVkohli and @ajinkyarahane88

One mistake sometimes becomes decisive for series. You just cab not afford it on first day of first test. #AjinkyaRahane #KohliRunOut @cricbuzz @SonySportsIndia

Ajinkya Rahane could probably protect his ears by walking to the Mission Impossible set rather than India's dressing room. #AUSvIND

India won the toss and elected to bat in their first overseas day-night Test. But the visitors got off to a horror start as Mitchell Starc dismissed Prithvi Shaw off the second delivery of the match for a duck.

Mayank Agarwal was soon castled by a beautiful nip-backer from Pat Cummins before Pujara and Kohli steadied the ship for India.

Kohli and Rahane then took India to 188, before the mix-up and the two subsequent wickets.

Ravichandran Ashwin (15) and Wriddhiman Saha (9) took India to 233/6 at the end of day's play. Starc, with two wickets, finished as Australia's best bowler of the day.

Nathan Lyon Cricket
Get the latest updates on India vs England Series, India vs England , live score and IPL 2021 Auction . Like us on Facebook or follow us on Twitter for more sports updates. You can also download the NDTV Cricket app for Android or iOS.