Live Score: India vs Australia 2nd ODI: India suffered a 34-run defeat in the series-opener in Sydney on Saturday. 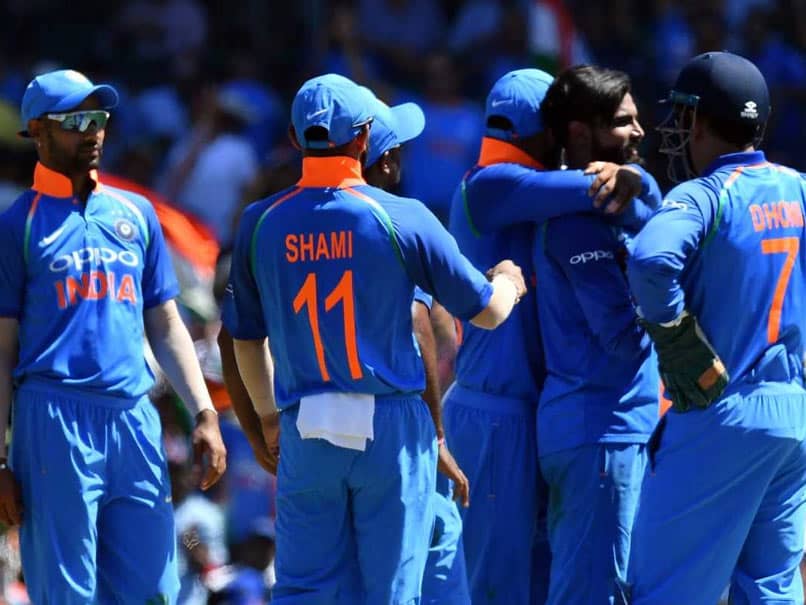 India rode on skipper Virat Kohli's century and stumper Mahendra Singh Dhoni's controlled fifty to beat Australia by six wickets in the second ODI and level the three-match ODI rubber 1-1 here on Tuesday. Chasing a competitive 299, the tourists banked on a collective batting effort from the top order, before a 82-run fourth wicket stand between Kohli (104) and Dhoni (55 not out) ensured the team's win with four balls to spare. Earlier, the Aussies rode on the batting heroics of Shaun Marsh (131) and Glenn Maxwell (48) to post 298/9 even after the Indian pace duo of Bhuvneshwar Kumar and Mohammed Shami shared 7 wickets between them. (SCORECARD)

Earlier in the day, Australia rode on a laborious century from Shaun Marsh in energy sapping conditions to post a competitive 298/9. Coming in as early as the eighth over of the innings, Marsh had to battle the 42 degree heat to get to his 7th ODI century and the second versus the Men-in-Blue even as most of the other Aussie batsmen failed to convert their starts on a batting track. Marsh, who struck 11 fours and 3 sixes in his 123-ball 131, was instrumental in rebuilding the Aussie innings that saw him sharing half-century stands with Usman Khawaja (56 for the third wicket), Peter Handscomb (52 for the fourth), Marcus Stoinis (55 for the fifth) and Glenn Maxwell (94 for the sixth).

Electing to bat, Australia's start went off-track after both the openers -- Aaron Finch (6) and Alex Carey (18) departed in successive overs bringing Marsh and Khawaja (21) together. Khawaja looked in good nick during his 23-ball knock, helping the Aussies get back on track until Ravindra Jadeja's brilliance on the field cut short his stay. New man Peter Handscomb, the top-scorer for the hosts in the first ODI, then joined Marsh to add another vital 52 runs before being undone by MS Dhoni, who stumped the right-hander for 20 from 22 balls off Jadeja.

All-rounder Marcus Stoinis (29) was then promoted ahead of the swashbuckling Glenn Maxwell and the former responded in style with a flashy 36-ball 29 before getting a bottom edge while attempting to pull a short ball from Mohammed Shami. It was the 37th over and with a well set Marsh nearing his ton at the other end, the stage was set for the explosive Maxwell to power Australia to a massive score.

Maxwell blasted his way to a 37-ball 48, laced with five boundaries and a six and went on to almost take the game away from the Indians with his 94-run stand with Marsh, who also start pressing the accelerator after reaching the three-figure mark. Comfortably placed at 283/5 by the 47th over, India's death over specialist Bhuvneshwar Kumar then produced a magical spell that saw the Aussies lose four wickets in a span of just four runs. Bhuvneshwar brought India back with the wickets of Maxwell and Marsh in a span of three deliveries before Mohammed Shami also struck with the wicket of Jhye Richardson (2). Bhuvneshwar then packed off tailender Peter Siddle for a duck even as Nathan Lyon struck a four and a six in the final over to take the total to 298/9.

For the visitors, Bhuvneshwar starred with the ball picking up four wickets, while Shami also contributed well with three scalps.

Besides the excellent run out of Khawaja, left-arm spinner Jadeja also picked up one wicket even as Mohammed Siraj had a forgettable debut leaking 76 runs off his 10 overs.