Highlights India vs Australia: Virat Kohli became the first Indian and Asian captain to win a Test series in Australia. 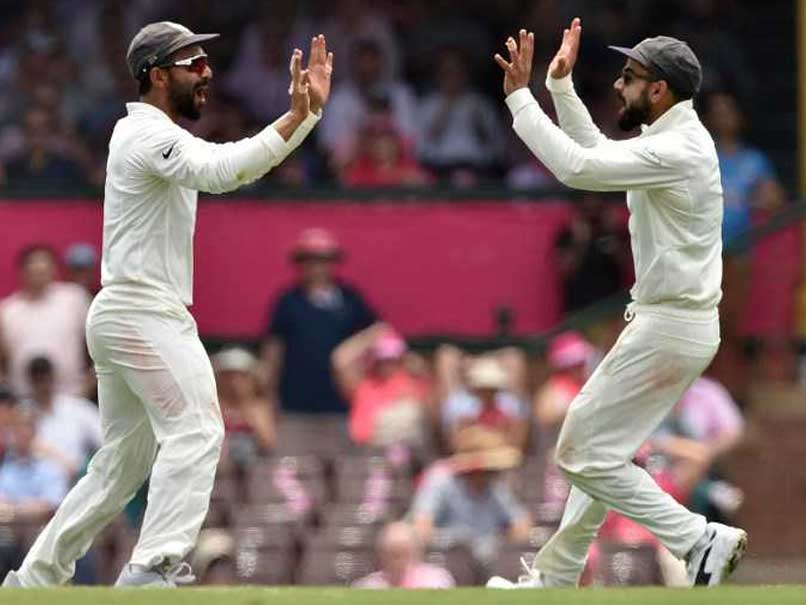 India won their first-ever Test series in Australia as the fourth Test at the Sydney Cricket Ground concluded in a draw on Monday. Having won the Tests in Adelaide and Melbourne, the number one-ranked Indian Test team clinched the four-Test series 2-1. The fifth day of the final Test was washed out without a ball being bowled due to persistent rain since morning in Sydney. The morning session was washed out on Sunday as well, following which we saw a bit of play in the second session and the abandonment of the final session. Resuming from the overnight total of 236 for six, Australia crumbled to 300 all out on the fourth day. Australia were forced to follow-on at home for the first time in 30 years. Last time they had to follow-on Down Under in a Test match against England in 1988. Usman Khawaja (4*) and Marcus Harris (2*) were unbeaten as Australia posted six without loss before the umpires called off the day due to poor weather condition. They were still 316 runs behind India's first innings total with all ten wickets in hand. Kuldeep Yadav claimed a five-wicket haul, his second in the Tests, as India wrapped up the hosts after Marcus Harris' remarkable 79 and some defiance from tailenders Mitchell Starc (29), Jose Hazlewood (21) and Pat Cummins (25). Besides a five-wicket haul by the young left-arm spinner, Mohammed Shami and Ravindra Jadeja took two wickets each for India. Joint-highest leading wicket-taker Jasprit Bumrah (21 wickets) dismissed Peter Handscomb for 37 to join the party. (SCORECARD)

09:16 IST: That brings an end to the fourth Test in Sydney and the 2018-19 Border-Gavaskar Trophy. Thank you for joining us for the live coverage.

ALL OVER! It's a draw in Sydney and India claim a famous 2-1 series triumph - their first on Aussie soil! https://t.co/CaiEbSjKbT #AUSvIND pic.twitter.com/pVDD1z796S

09:02 IST: The play on Day 5 has been abandoned due to rain and the fourth Test between India and Australia ends in a draw in Sydney. Under the captaincy of Virat Kohli, India have won their first-ever Test series in Australia. Having won Tests in Adelaide and Melbourne, the number one-ranked Indian Test team has clinched the four-Test series by 2-1.

The match officials will be meeting with the ground staff at 14:30 local time #AUSvIND

08:42 IST: UPDATE! The match officials will meet the ground staff and inspect the condition at the SCG at 09:00 IST.

08:15 IST: India's 21-year-old wicket-keeper Rishabh Pant has been the most promising cricketer in the ongoing Test series. He scored 350 runs in seven innings, second highest in the four-Test series after Cheteshwar Pujara (521), and claimed 20 catches from behind the stumps.

07:42 IST: The lunch-break is over but it's still drizzling in Sydney. The start will be delayed further. The Indian cricket fans must now be waiting for team celebration instead of the start of the play. India are 2-1 up in the four-Test series and on the verge of creating history Down Under.

07:00 IST: That's Lunch on Day 5. The morning session has been washed out without a ball being bowled. We might see some cricket action at 7:40 IST if the weather permits.

UPDATE: So, the covers are still on at the SCG and lunch will be taken at 12:30pm AEDT. No play for at least another hour and a bit... #AUSvIND https://t.co/CaiEbSjKbT

06:32 IST: UPDATE! The covers are on at the SCG. The morning session is set to be washed out as there won't be any play for next one hour. The lunch will be taken on 7:00 IST.

06:05 IST: Former India cricketer Aakash Chopra is "annoyed" with the persistent drizzling in Australia. "Annoying...rain is neither getting intense nor going away. English weather in Australia," he says on Twitter.

Annoying...rain is neither getting intense nor going away. English weather in Australia. #AusvInd #7cricket

05:28 IST: Meanwhile, it continues to drizzle in Sydney.

05:10 IST: The Test is approaching towards a draw but India are already 2-1 up in the four-match series. India have never won a Test series Down Under. Under the captaincy of Virat Kohli, the number one-ranked Test team is just a few hours away from creating history in Australia.

Covers are on. Begun to rain here. The start has been delayed #AUSvIND pic.twitter.com/KjPxppMMAE

04:50 IST: UPDATE! The rain is getting heavier in Sydney. Big covers are on.

04:46 IST: It's still drizzling in Sydney and the pitch is still under covers. Yesterday, the morning session was washed out without a bowl being bowled.

04:40 IST: Following a poor batting show in the first innings of the fourth Test, Ricky Ponting slammed Australia for not showing enough desperation.

Strong criticism from the great Ricky Ponting on one particular aspect of Australia's game on day four.#AUSvIND | @GilletteAU pic.twitter.com/aUI9B3r7ZL

Confirmation of a delayed start to day five at the SCG... #AUSvIND https://t.co/CaiEbSjKbT

Keeping the tradition alive. The Captains roll of honour signed by both captains #TeamIndia #AUSvIND pic.twitter.com/fYUMC4R1SE

04:25 IST: Hello and welcome to our live coverage of the fifth day of the fourth Test match between India and Australia in Sydney.

Skipper Virat Kohli sent them straight back into bat -- the first time Australia have been asked to follow on at home since Mike Gatting's England did the same in 1988, also in Sydney. Marcus Harris and Usman Khawaja survived four overs before tea was taken early for bad light. They didn't come back with play abandoned for the day. India's spinners had picked up five of the six wickets on Saturday, but under overcast skies when play finally began on day four Kohli took the new ball straight away and threw it to his quicks. It immediately paid dividends with all-rounder Pat Cummins, who scored a gutsy 63 in the Melbourne Test, lasting just three balls, clean bowled by Mohammed Shami without adding to his overnight 25.

Recalled batsman Peter Handscomb began with purpose, confidently stroking two boundaries to move to 37 before swiping at a Jasprit Bumrah delivery and dragging it onto his stumps. That brought Nathan Lyon to the crease but he only lasted five balls, out LBW to a full toss from Kuldeep Yadav. Hanuma Vihari dropped a sitter when Josh Hazlewood was on nought, and it proved costly with the tailender putting on 42 with Mitchell Starc for the last wicket before he fell to Yadav, who was the pick of the bowlers with 5/99.India lead the four-Test series 2-1 and only need a draw to clinch a first-ever series win Down Under, with Kohli's men on the cusp of doing something no Indian team has managed since they began touring Australia in 1947-48.

Australia Cricket Team Australia vs India 2018/19 Australia vs India, 4th Test Live Score Live Cricket Score Live Blogs Cricket
Get the latest updates on ICC Women's Cricket World Cup 2022 and IPL 2022, check out the Schedule , Live Score and IPL Points Table. Like us on Facebook or follow us on Twitter for more sports updates. You can also download the NDTV Cricket app for Android or iOS.