Virat Kohli thinks India need to focus on the little things to come out on top. 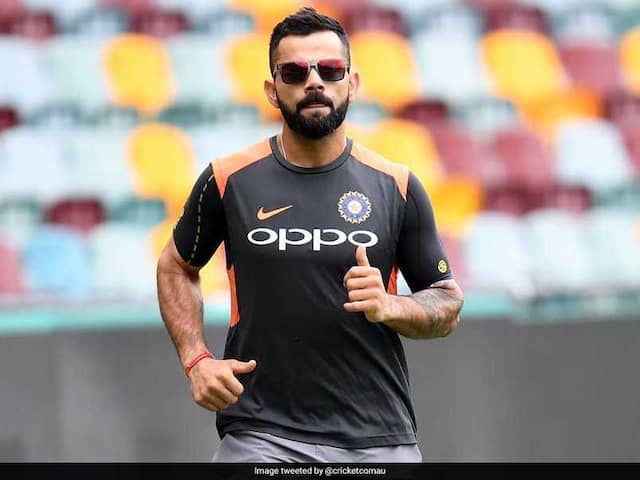 Virat Kohli knows that taking Australia lightly could snowball into a situation.© Twitter

Virat Kohli knows that taking Australia lightly, especially in an away series, could snowball into a situation, irrespective of how much they may have been weakened by the absence of disgraced former captain Steve Smith and his deputy David Warner, who are serving one-year bans post the ball-tampering scandal in Cape Town. Virat Kohli insisted on Tuesday that Australia have the quality to upset the odds in their Twenty20 series and said his team will be focusing on the "little things" to come out on top. The visitors open their tour with the first of three T20s in Brisbane on Wednesday ahead of four Tests and three one-dayers that will keep them in Australia until late January.

In the short format, they have been by far the better team in recent times, not to mention the bans to Smith and Warner.

"We definitely have a very strong side," said Kohli, who last month became the fastest to reach 10,000 runs in One-day Internationals, breaking Sachin Tendulkar's record.

"When we step on the field we have 11 individuals striving for excellence, they want to be the best they can.

"Those are the dynamics that have allowed us to play the cricket that we are and hopefully we can build on that."

While Kohli is a dangerman for India, so are KL Rahul and Rohit Sharma, who has smashed two centuries in four T20 innings since July. They both sit above their captain on the T20 batting rankings.

Despite Australia being without Smith and Warner -- who will need to serve their full 12-month bans for ball-tampering, after Cricket Australia ruled out any reductions on Tuesday -- Kohli is adamant the hosts still pose a big threat.

"There's no denying the quality they have in their side," he said.

"They still have world-class cricketers, though missing out on two of the world's best batsmen in not ideal for any team.

"But the guys they have, especially in the limited-overs game, can do damage at any point in time. You can never underestimate any side. We're won't be taking anything for granted."

Kohli said they planned to "do the little things right so we can win more situations than the opposition".

"We definitely believe we have the quality to win, but it will boil down to how we think in each moment in every game we play."

Australia were beaten in both white-ball formats by South Africa in recent weeks, but skipper Aaron Finch is confident they can turn their fortunes around with a more assertive approach.

"It's going to be a great opportunity for us to come out and express ourselves, play some great attacking cricket, take the game on and really try and take it to India," he said Tuesday.

And Finch believes they are close to winning their first series since new coach Justin Langer took over, after Darren Lehmann stepped down following the tampering row.

"India are in great form but we feel as though we've been building really nicely without getting results going our way so far," he said.

David Warner Australia vs India 2018/19 Australia vs India, 1st T20I Cricket
Get the latest Cricket news, check out the India cricket schedule, Cricket live score . Like us on Facebook or follow us on Twitter for more sports updates. You can also download the NDTV Cricket app for Android or iOS.