India vs Australia: Virat Kohli Talks About Life After Retirement

Retired cricketers like AB de Villiers and Brendon McCullum still continue to play in T20 leagues around the world. 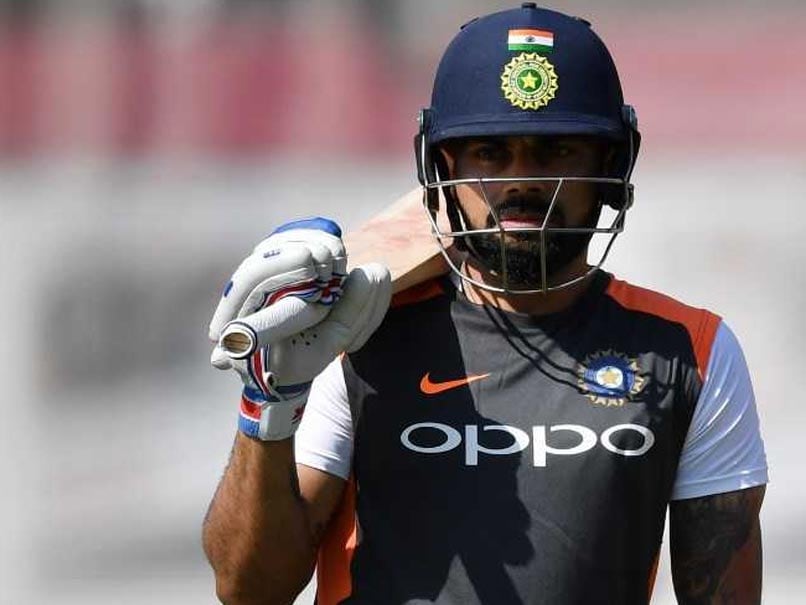 Virat Kohli is fit as a fiddle and breaks records for fun.© AFP

Virat Kohli, arguably the best batsman in all three formats of the game, is at the top of his game at the moment. The 30-year-old is fit as a fiddle and breaks records for fun. However, there will come a day when India's run machine will decide to bid adieu to cricket. Responding to a query during his press conference ahead of India's first one-day international (ODI) against Australia, Kohli made it clear that he will not play in any Twenty20 leagues after his retirement. "I will be spent, the day I finish I will be totally spent and that's the reason I am going to stop playing cricket. So I don't see myself coming back and playing again. Once I am done, I will be done, and I won't be seen around the scene," Kohli said on Friday.

"Look I don't know whether that stance is going to change in the future. As far as I am concerned, playing more cricket when I am done, I don't think I am in that zone to be honest," Kohli added.

Retired cricketers like AB de Villiers and Brendon McCullum still continue to play in T20 leagues around the world but Kohli says he won't join them.

"I have played enough cricket in the last five years and I cannot comment on even the first thing I do when I retire because I don't feel like I am going to pick up the bat again," he said.

On Friday, Kohli also distanced his team from controversial comments made by all-rounder Hardik Pandya on a TV chat show that sparked social media outrage.

"We as the Indian cricket team and responsible cricketers don't align with those views, those were individual opinions. We are still waiting for a decision to be made," Kohli said.

"From the Indian cricket team's point of view, this changes nothing in our beliefs in the change room, it does nothing to the spirit we have have been able to create. Combinations will have to be thought of once the decision comes out," Kohli added.

After becoming the first Indian captain to win a Test series in Australia, Kohli will now lead his team in the three-match ODI series starting in Sydney on Saturday.

Virat Kohli Australia vs India 2018/19 Cricket
Get the latest updates on ICC T20 Worldcup 2022, check out the Schedule and Live Score. Like us on Facebook or follow us on Twitter for more sports updates. You can also download the NDTV Cricket app for Android or iOS.