The maximum height of the track spike shoes has been amended to 20 mm in field events, 25 mm in triple jump event, 20 mm in track events including hurdle events except for 800m race. 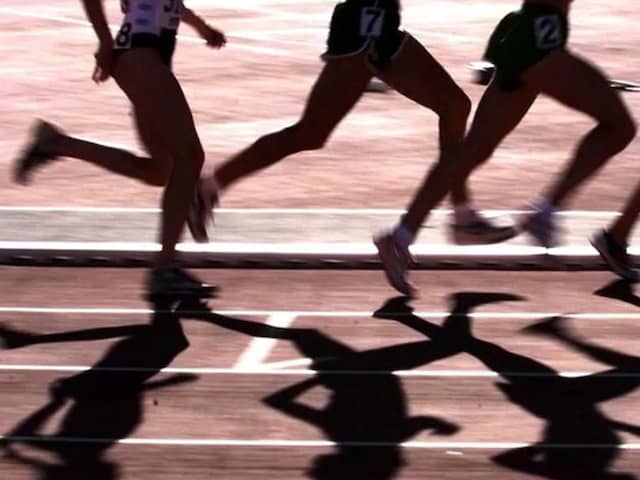 World Athletics is set to lift the suspension of the Tokyo Olympic qualification system for road events.© AFP

World Athletics on Tuesday announced revisions to its rules governing shoe technology, designed to give certainty to athletes preparing for the postponed 2020 Tokyo Olympics and to preserve the integrity of the elite competition. These amendments, approved by the World Athletics Council last week, are based on ongoing discussions with the working group on athletic shoes, established this year with the shoe manufacturers.

They include changes to the maximum height of spiked shoes for track and field events and the establishment of an 'Athletic Shoe Availability Scheme' for unsponsored elite athletes. The maximum height for road shoes (40 mm) remains unchanged.

Clarification of the position for new shoes that have been approved to date -- As an ongoing obligation, athletes, their authorised representative, or their shoe manufacturer must continue to submit shoe specifications and, if requested, new shoes for examination by an independent expert of World Athletics.

The body has also said that approved shoes should be made available prior to an international competition for distribution to any uncontracted elite athlete via an Athletic Shoe Availability Scheme.

The maximum height of the track spike shoes has been amended to 20 mm in field events, 25 mm in triple jump event, 20 mm in track events including hurdle events except for 800m race.

"We have a better understanding now of what technology is already in the market and where we need to draw the line to maintain the status quo until after the Tokyo Olympic Games," World Athletics CEO Jon Ridgeon said in an official statement.

"These transitional rules give us more time to develop a set of working rules for the long term, which will be introduced after the Olympic Games next year, with the aim of achieving the right balance between innovation, competitive advantage, and universality," he added.

World Athletics will also lift the suspension of the Tokyo Olympic qualification system for the marathon and race walk events from 1 September 2020, due to concerns over the lack of qualifying opportunities that may be available for road athletes before the qualification period finishes on 31 May 2021.

The original suspension period, from 6 April to 30 November 2020, was introduced due to the competition and training disruption caused by the global pandemic and remains in place for all other track and field events.

Road athletes will be able to register Olympic qualifying entry standards from 1 September to 30 November, but only in pre-identified, advertised, and authorised races being staged on World Athletics certified courses, with in-competition drug testing on-site.

The accrual of points for world rankings and the automatic qualification through Gold label marathons/Platinum Label marathons remains suspended until 30 November 2020.