Usain Bolt leads the head-to-head against Justin Gatlin 6-1, but the Jamaican insisted statistics were far from his thoughts 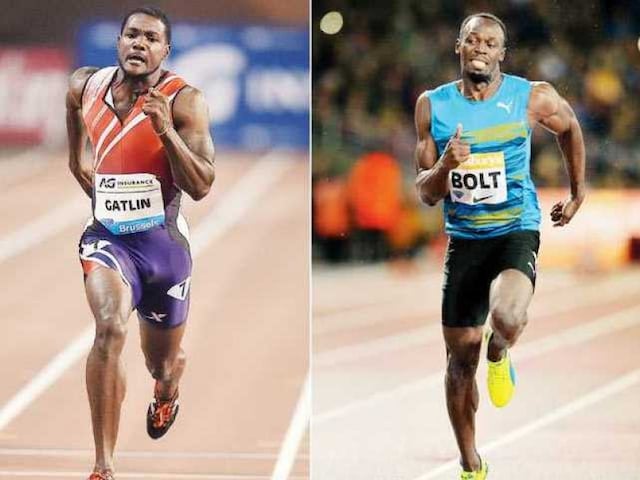 Justin Gatlin and Usain Bolt will be competing for top honours at the World Athletics.© AFP
Beijing:

Usain Bolt and the controversial Justin Gatlin will get the World Championships off to an explosive start when they take their rivalry onto the Beijing track in the 100m heats on Saturday.(Ghebreslassie Claims Gold in Men's Marathon)

Bolt has dominated sprinting since he claimed a golden treble at the Beijing Olympics in the Bird's Nest stadium, winning nine of 10 individual world and Olympic sprint titles since 2008 - his sole blip being the 100m at the Daegu worlds in 2011.(Ennis-Hill Off to Flier in World Heptathlon Title Bid)

America's Gatlin is the man in form but he cuts a contentious figure after serving two doping bans, latterly between 2006-2010 after a positive test for testosterone. That suspension came after he had won Olympic 100m gold in 2004 and a world sprint double in Helsinki in 2005.

Since his return, he has won 2012 world 60m indoor gold, London Olympic 100m bronze and Moscow world silver, and at 33 is riding an unbeaten streak of 27 races dating back to August 2013. Bolt leads the head-to-head against Gatlin 6-1, but the Jamaican insisted statistics, and the fact Gatlin was allowed to compete, were far from his thoughts. "Competition is competition. It's always about who's in the best form and executes," he said.