Inderjeet Singh May Quit TOP Scheme Due to Government Apathy 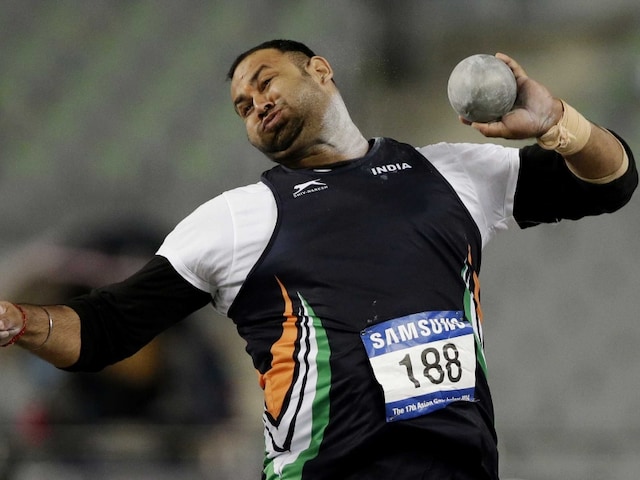 Inderjeet Singh wants the government to make arrangements for his travel to U.S. for better training© AP
Kolkata:

Reigning Asian shot put champion Inderjeet Singh said on Tuesday that he may quit the Target Olympic Podium (TOP) scheme of the sports ministry if he does not get the required support to prepare himself for next year's Rio Olympics. (Jwala, Ashwini finally included in TOP scheme)

"For the last few months I am in constant touch with the sports ministry. I require Rs 30 lakh to go abroad and practice but they are not providing me the financial assistance. They are also saying that my coaches would not be allowed to accompany me, how can I practice without them? So I may quit TOP," Inderjeet said ahead of the 55th National Open Athletics Championship in Kolkata, where he will compete. (Dutee Chand wants to get TOP scheme benefits)

The World University Games gold medalist said he wants to go out and perform for the country, and has is competing in the national meet to test his preparations for the 2016 Olympics. "I want to prove myself before Rio, I want to see how well prepared I am," Inderjeet said.

The 27-year-old shot putter, who weighs 150 kg and stands at 6'4, promised to perform for the country if the sports ministry allowed him to travel to the US where he wants to train.

"I am prepared to die for the country doing what I love the most -- competing in athletics. But for making sure I can contest against the best, I need to go to USA and train," he said.

Inderjeet also added that there is not much of a difference between him and foreign athletes. "If they were to train in conditions such as mine, they would not be able to throw 18-19 metres even," he said, adding that he didn't have a personal doctor also.