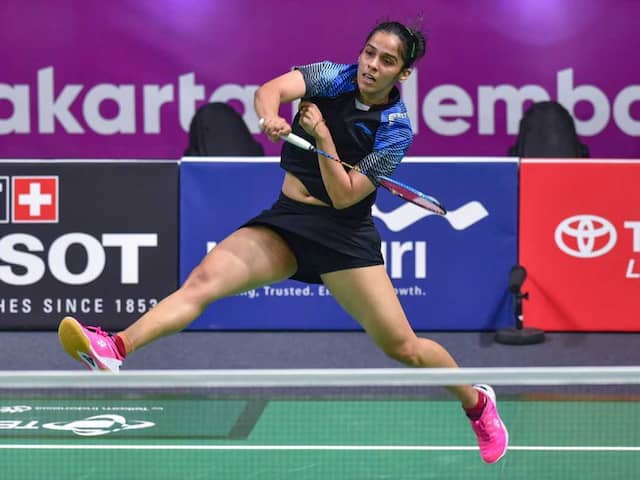 Ace Indian shuttlers Saina Nehwal and PV Sindhu advanced to the quarter-finals of the women's singles competition in the 2018 Asian Games on Saturday. Saina registered the win over Indonesia's Fitriani Fitriani in the pre-quarters. The 28-year-old defeated the local favourite, Fitriani, ranked 40th, 21-6, 21-14 in straight games. PV Sindhu, on other hand sailed past the local player and world no. 22 Gregoria Mariska Tunjung 21-12, 21-15 in 35 minutes. Saina won the first game 21-6 before Fitriani dominated the early parts of the second game. However, the Indian fought back and sealed the affair 21-14.

After sailing through the first game with ease, Saina led the second game 8-5 not letting Fitriani gain the upper hand despite crowd's support. Although, Fitriani fought with resilience in second game taking it to 19-14, the world no. 10 sealed the win making her way to the last-eight stage.

In the other women's singles match, PV Sindhu cruised to a 8-1 lead in the first game before Gregoria fought back reducing the gap to 7-10. The 19-year-old Indonesian showed her skills troubling the Indian with some clever shots down the net. The experienced Sindhu, however, managed to keep ahead and pocketed the opening game when her opponent hit the net.

In the second game, Sindhu moved to a 6-2 advantage, despite her opponent defending well. Alert Sindhu, who was quick on her feet rushed to a 11-4 lead. Gregoria although managed to make it 12-15 after winning eight of the next 12 points but brilliant and quick movement helped Sindhu gain five match points. The match finally ended with the Indonesian hitting wide.

Comments
Topics mentioned in this article
Asian Games 2018 Badminton Saina Nehwal PV Sindhu Other Sports
Get the latest Cricket news, check out the India cricket schedule, Cricket live score . Like us on Facebook or follow us on Twitter for more sports updates. You can also download the NDTV Cricket app for Android or iOS.