Unseeded Saina Nehwal bagged a bronze medal after going down to World no.1 Tai Tzu Ying in straight games. 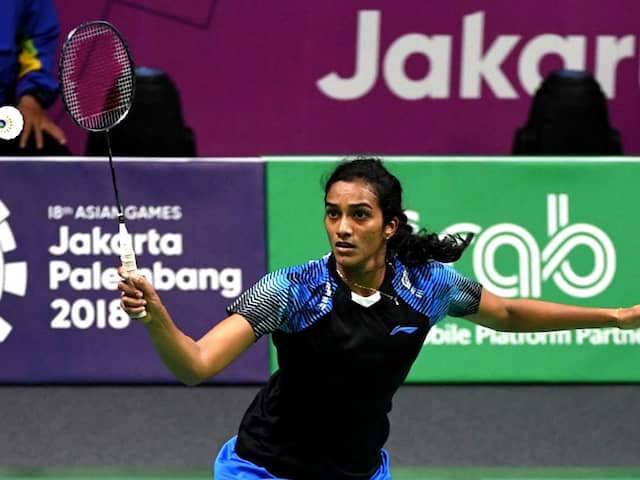 PV Sindhu overcame a stern test against Japan's Akane Yamaguchi to enter the women's singles final at the Asian Games 2018. PV Sindhu, seeded third, defeated second seeded Akane Yamaguchi 21-17, 15-21, 21-10 in the semi-final which lasted for 66 minutes. Sindhu, thus became the first Indian shuttler to reach the badminton final at the Asian Games. In the first game, Sindhu won a closely-fought contest. However, Yamaguchi came from behind to outplay Sindhu in the second game to level the match. The final game saw Sindhu dominating from the onset to defeat her superior seed.

PV Sindhu had finished as runner-up at the World Championships, held earlier this year. She had lost to her arch-rival Carolina Marin from Spain 19-21, 10-21 in the final.

Unseeded Saina Nehwal, on the other hand, bagged a bronze medal after going down to World no.1 Tai Tzu Ying in straight games in the semi-finals.

Saina Nehwal looked out of touch from the beginning of the game. She lost the first game 17-21 in 19 minutes.

Saina failed to find any respite in the second game, as she went down 14-21 in 17 minutes to add a bronze medal to Indian contingent's medal tally.

Saina Nehwal had clinched a gold medal in the Commonwealth Games 2018. She had outplayed her Indian counter-part PV Sindhu 21-18, 23-21 to clinch the summit podium spot.

India, are currently placed seventh in the medal tally which is led by China. The Indian contingent has accumulated a total of 37 medals so far which includes 7 gold, 10 silver and 20 bronze.

In Asian Games 2014, India had a total of 57 medals to finish eighth on the medal tally.

Comments
Topics mentioned in this article
Saina Nehwal PV Sindhu Badminton Asian Games 2018
Get the latest Cricket news, check out the India cricket schedule, Cricket live score . Like us on Facebook or follow us on Twitter for more sports updates. You can also download the NDTV Cricket app for Android or iOS.