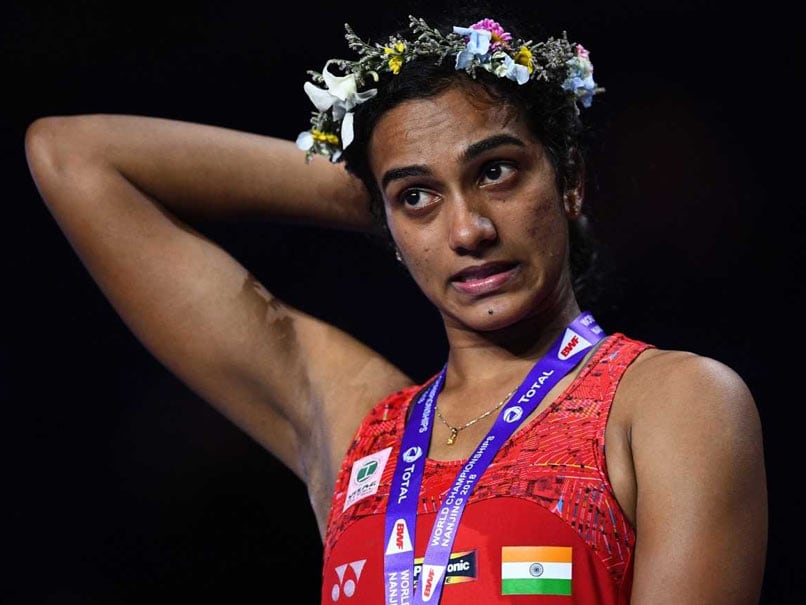 India star PV Sindhu once again took home the silver medal after losing to Spain's Carolina Marin in the women's singles final of the BWF World Badminton Championships 2018 at Nanjing, China on Sunday. In a match that lasted just 46 minutes, Sindhu lost 19-21, 10-21. Sindhu, who had lost last year's finals, as well, to Japan's Nozomi Okuhara, said that it is frustrating to lose the summit clash yet again. However, she said that she will have to come back stronger and prepare for the next tournament.

"It is very frustrating to lose again. Last time also I had played the finals. It is quite sad and I have to come back stronger and get back to the sessions and prepare for the next tournament,"said a dejected Sindhu.

"Sometimes it is not your day, ups and downs will always be there and you have to always be stronger," the Indian star further added.

"A bit sad because I was expecting a good one but overall a good match and I am happy I came to the finals and winning and losing are parts of life and I have to take it as it is," the World No. 3 remarked.

The silver meant Sindhu is the only Indian to have four world championships podium finishes. She had won two bronze medals at the 2013 Guangzhou and 2014 Copenhagen editions.

"Carolina has that speed and she is very aggressive. She played very fast and quick paced during the tournament. I was prepared for her pace game," Sindhu said about the Rio Olympic gold medallist.

"I think overall, she played much better. If I could have won the first game it could have been different. In the second game, I made too many errors, my smashes were going out. I can just say it was not my day," Sindhu concluded.

Comments
Topics mentioned in this article
PV Sindhu Carolina Marin Badminton
Get the latest updates on ICC T20 Worldcup 2022 and CWG 2022 check out the Schedule, Live Score and Medals Tally. Like us on Facebook or follow us on Twitter for more sports updates. You can also download the NDTV Cricket app for Android or iOS.