India would be looking towards reinforcing their Asian credentials with another gold medal. 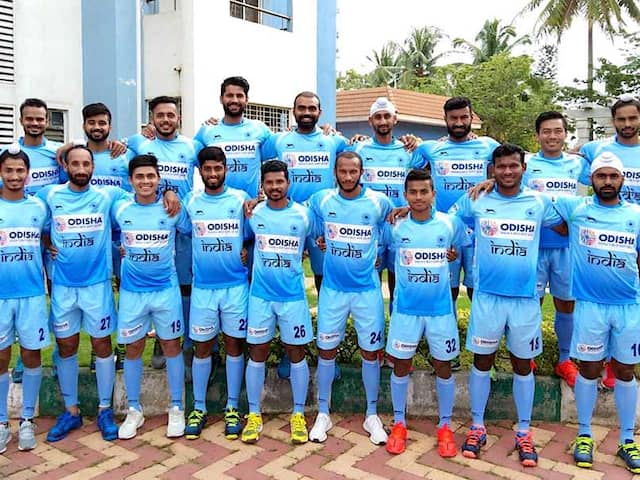 Indian men's hockey team had won the gold in 2014 and will look to repeat that performance in Jakarta.© Hockey India

The Indian men's hockey team will start favourites to win gold at the Asian Games 2018 to be held in Jakarta and Palembang, Indonesia, from August 18. India had won gold at Incheon, South Korea, in 2014, beating arch-rivals Pakistan on penalties and will look to repeat the feat in Jakarta. PR Sreejesh, who was awarded the 'Best Goalkeeper of the Tournament' at the Champions Trophy 2018 in Breda, was been named as the captain of the Indian team while midfielder Chinglensana Singh Kangujam was named his deputy. A successful title defence at the 18th Asian Games will also secure India an automatic spot at the 2020 Olympics in Tokyo.

Harendra Singh's appointment as chief coach of Indian men's hockey team has seen an upswing in fortunes for the country. India put in a brilliant performance at the Champions Trophy hockey tournament in Breda, the Netherlands.

Even in the final against the world champions Australia, India came agonisingly close to a win. It was a keenly-contested battle between the two finalists of last edition but Australia held their nerves to win the shoot-out.

India followed their Champions Trophy exploits with a 3-0 demolition job over New Zealand in the three-match Test series.

Pakistan are the most successful men's hockey team in the history of the Asian Games, having won eight gold medals. India have won three golds, finishing second a whopping nine times.

Comments
Topics mentioned in this article
India Pakistan Asian Games 2018 Hockey
Get the latest Cricket news, check out the India cricket schedule, Cricket live score . Like us on Facebook or follow us on Twitter for more sports updates. You can also download the NDTV Cricket app for Android or iOS.