Boxer Sarita Devi had refused to wear the bronze medal awarded to her around her neck after she lost in a controversial bout during the 17th Asian Games in Incheon. 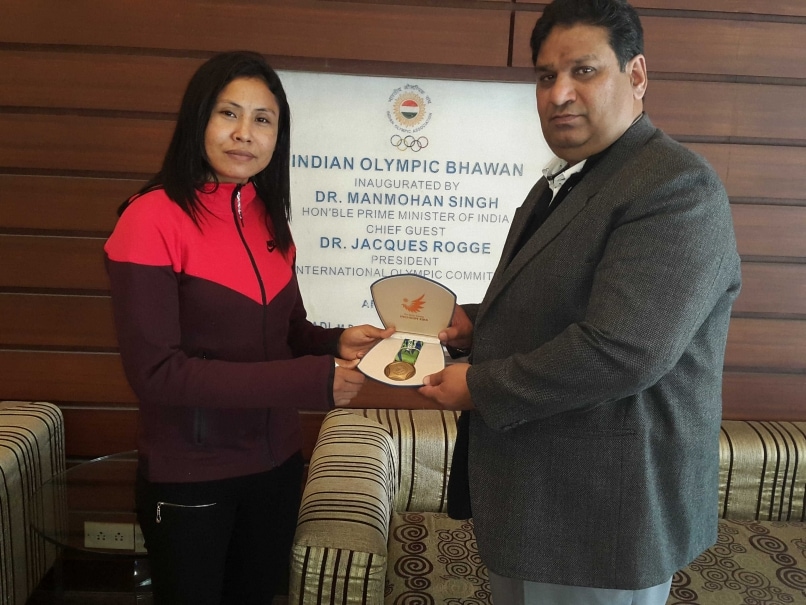 Boxer Sarita Devi on Wednesday finally received her Asian Games bronze medal which she had refused at the victory ceremony in Incheon under controversial circumstances with the Indian Olympic Association (IOA) secretary general Rajeev Mehta presenting it to her here.

Mehta presented the medal to the Manipuri boxer at the IOA Headquarters. "L Sarita Devi, bronze medal winner in boxing 60kg weight category in 17th Asian Games 2014 held in Incheon, Korea received her medal in New Delhi. The Secretary General, Indian Olympic Association Rajeev Mehta handed over the medal to her in the office of the IOA in New Delhi," the IOA said in a statement.

Sarita was provisionally suspended by the Amateur International Boxing Association (AIBA) after she refused to accept her medal following a controversial semifinal loss in the Asian Games.

The AIBA is yet to take a final call on the quantum of Sarita's punishment but Dr Wu has already made it clear that her career is "as good as over" despite tendering an unconditional apology for her actions.

Sports Minister Sarbananda Sonowal has written a letter to the AIBA to revoke the provisional suspension on Sarita, considering her humble background and her earlier track record of good behaviour. Cricket icon Sachin Tendulkar has also extended support to Sarita while urging the people, the government and sports bodies to work for Sarita's cause.

Comments
Topics mentioned in this article
Boxing Sarita Devi Asian Games 2014
Get the latest updates on ICC T20 Worldcup 2022 and CWG 2022 check out the Schedule, Live Score and Medals Tally. Like us on Facebook or follow us on Twitter for more sports updates. You can also download the NDTV Cricket app for Android or iOS.