L Sarita Devi was suspended by the world boxing body (AIBA) from all competitions for not accepting her bronze medal at Asian Games medal ceremony. 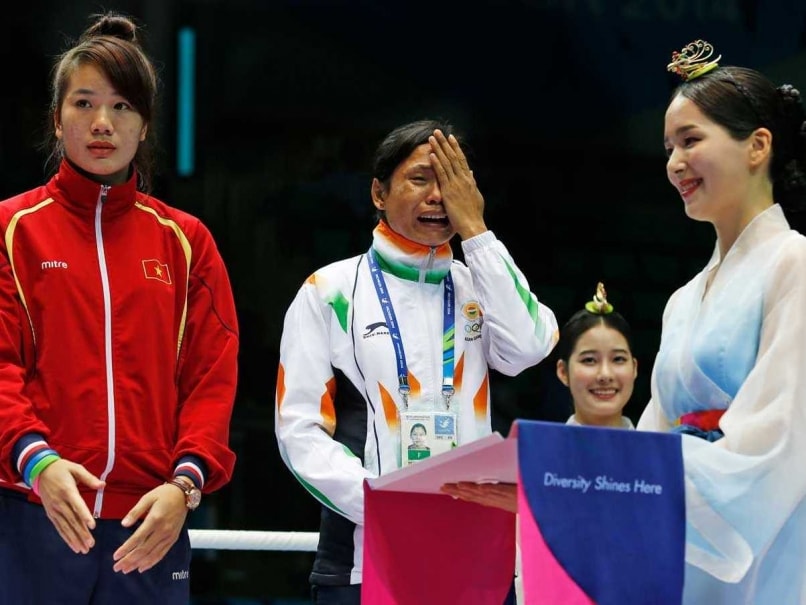 Sports minister Sarbananda Sonowal in a written reply to the Parliament has stated that Indian woman boxer L Sarita Devi is getting all the help from the Boxing India after AIBA suspended her from all competitions for not accepting her bronze medal at Asian Games medal ceremony.

In his reply to the Parliament, Sonowal wrote,"Ms Sarita Devi has filed her reply to the notice of AIBA, provisonally suspending her. Secretary, Department of Sports had taken a meeting on 27th of October, 2014 in which representatives of Indian Olympic Association (IOA), Boxing India and Sports Authority of India were present. (Read: Vijender Wants Apologetic Sarita to be Pardoned by AIBA)

"Boxing India is helping the player and coaches, provisonally suspended in all respects to be it legally, psychologically etc."

While answering question on Arjuna Awards, minister said,"Government is always willing to consider suggestions to make the process more transparent."

Comments
Topics mentioned in this article
Boxing Sarita Devi Asian Games 2014
Get the latest updates on Fifa Worldcup 2022 and check out  Fifa World Cup Schedule, Stats and Live Cricket Score. Like us on Facebook or follow us on Twitter for more sports updates. You can also download the NDTV Cricket app for Android or iOS.