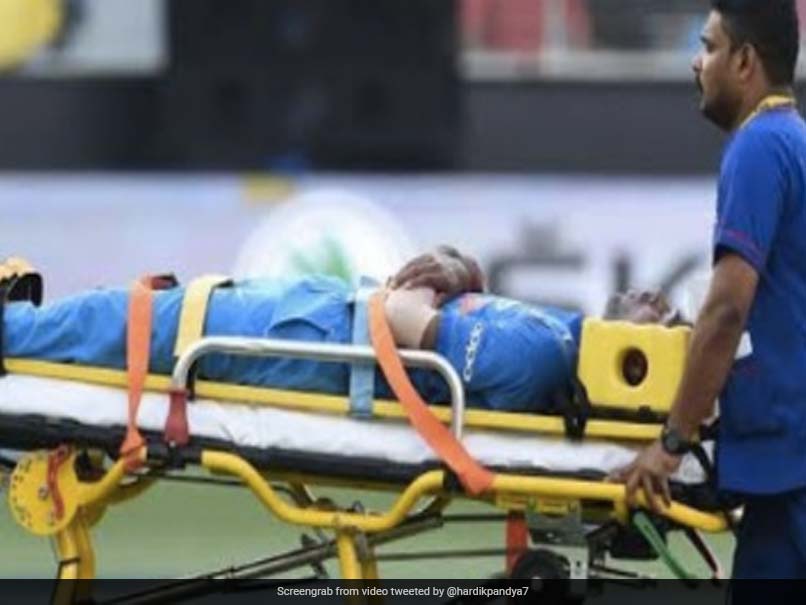 Hardik Pandya being stretchered off the field during the 2018 Asia Cup.© Twitter

Hardik Pandya had a redemption of sorts in India's Asia Cup 2022 match against Pakistan on Sunday. His all-round performance earned him the 'Player of the match' award and it was memorable performance for Hardik in more ways than one. "I was remembering it all. I was stretchered off at the same venue against the same opponent in the 2018 Asia Cup," Hardik said after the match. Later, he posted an image of him being stretchered off the field during the 2018 Asia Cup match with the caption: "The comeback is greater than the setback."

In the match against Pakistan on Sunday, Hardik produced a special all-round effort as India held nerves to pull off an exciting five-wicket win. Hardik (3/25 in 4 overs) showed his high value under extreme pressure as his well-directed short balls helped India bowl out Pakistan for 147. It should have been straight forward chase but India's experienced top-three faltered, putting extra pressure on the middle order.

Pakistan Cricket Team Asia Cup, 2022 Cricket
Get the latest updates on Fifa Worldcup 2022 and check out  Fifa World Cup Schedule, Stats and Live Cricket Score. Like us on Facebook or follow us on Twitter for more sports updates. You can also download the NDTV Cricket app for Android or iOS.