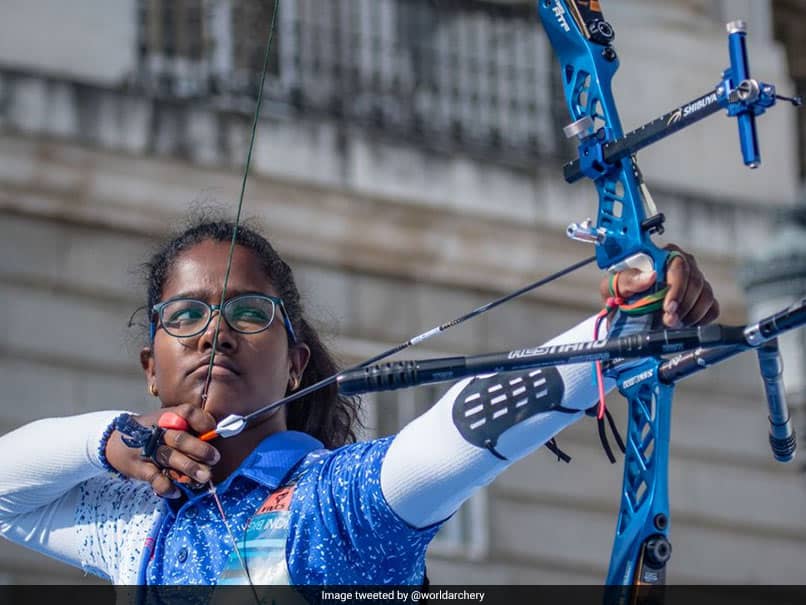 Komalika Bari defeated higher-ranked Sonoda Waka of Japan in a one-sided final to become recurve cadet world champion and earn India's second gold on the final day of the World Archery Youth Championships here on Sunday. Jamshedpur-born Tata Archery Academy cadet, Komalika shot with brilliant composure and finesse to cruise to a 4-0 lead before wrapping it up 7-3. The 17-year-old thus became India's second recurve cadet (under-18) world champion after Deepika Kumari who won the title in 2009.

This was also India's fourth individual world championship title after Deepika (cadet and junior) and Palton Hansda (compound junior in 2006).

India concluded their campaign with two gold and one bronze medal in their last event before the World Archery suspension comes into effect.

No Indian archer henceforth will be able to represent the country till the suspension handed by World Archery earlier this month is lifted.

Komalika shot near perfect scores of 29 out of 30 thrice in the five-setter. Starting off with two perfect 10s, Komalika clinched the first set 29-26, as he again shot 29 to make it 4-0.

While she hit perfect 10s consistently, the only blip was an eight in the fourth set as the Japanese pulled one back (26-28) after drawing the third set 28-all.

Sonoda needed to win the fifth set to force a shoot-off but Komalika was at her best again as she showed nerves of steel to shoot 29 and confirm the gold medal.

"My shooting was falling back. That resulted in the eight shot. But then I knew I had to come back and I won the gold medal," Komalika said.

"I was just breathing very deeply so the tension went away. I told myself 'be confident, be confident and you will be the champion'," she said.