Listen to the latest songs, only on JioSaavn.com
Archery
Sports Home 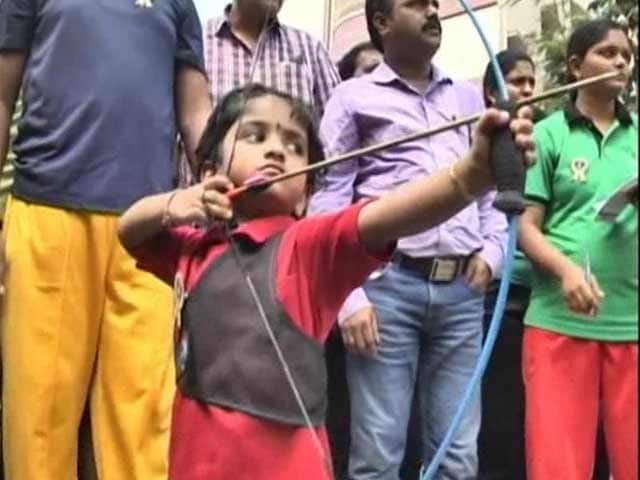 Dolly Shivani Cherukuri may be just 2 years old but her achievement is extraordinary. The toddler archer from Andhra Pradesh set a new national record at a trial event in Vijayawada. She became the youngest Indian to score more than 200 points in firing arrows at targets 5 and 7 metres away. She trains at the Volga Archery Institute which is run by her father. The youngest sister of a former international archery champion who died in a road accident in 2010, her parents are now living their dream through the 2-year-old. They insist she's been trained since birth to be a champion.

Ndtv Sports 2:13
The next generation of archers from India

3:13
At 80, VK Malhotra gets 40th year as president of archery association

Finalising Nomination Process To Elect Next Chairman Only Agenda In ICC Board Meeting: Report

"Loyalty Above Everything": Virat Kohli Shares Glimpse Of His RCB Journey