FIFA World Cup: Top 5 Youngsters To Watch Out For

FIFA World Cup 2018, like every previous edition of the tournament, promises to throw up a new lot of superstars. 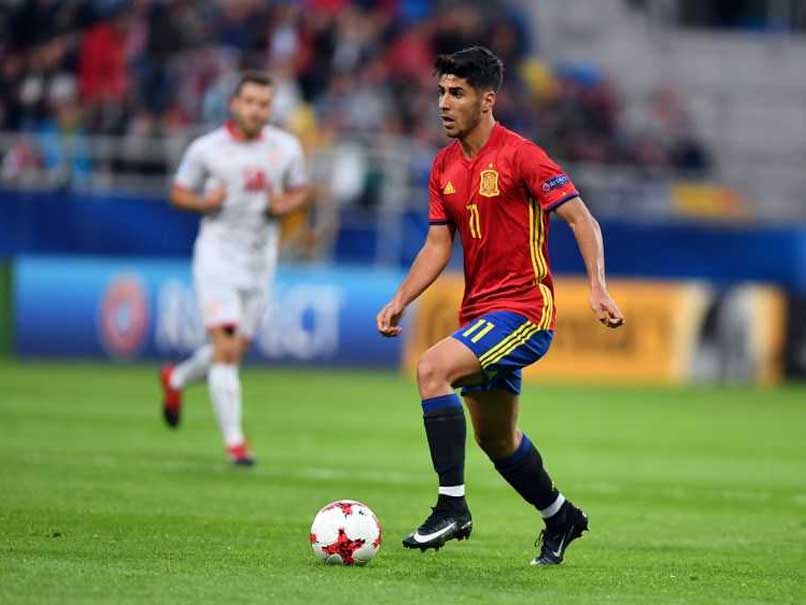 The likes of Lionel Messi, Cristiano Ronaldo, Antoine Griezmann, Eden Hazard will be the players that most fans would want to see at the FIFA World Cup in Russia. These players in the end might be the deciding factor in their team standing on the winners' podium at the end of the tournament in Russia. However, even a Messi or Ronaldo cannot win the 2018 World Cup for their countries by themselves. These superstars will need an able support cast that can get the job done when needed. The 2018 FIFA World Cup will see quite a few rising stars that will be raring to leave their mark on the tournament.

Here is a look at five youngsters who have the potential to take the FIFA World Cup by storm.

The highly-rated Real Madrid forward managed to find a place in the Spain squad while players like Alvaro Morata missed out. The 22-year-old had a stellar season for the Spanish giants, making 52 appearances in all competitions this season, contributing 11 goals and six assists in what was his second full season at the Bernabeu.

According to reports in the British and Spanish media, Liverpool were in the market for the Spanish startlet but Real Madrid rejected two mammoth bids of 130 million pounds. Asensio's evaluation by Liverpool and the reported rejection by Real only goes on to show the immense potential this youngster has.

Asensio signed a new six-year contract in September 2017 that will keep him at the Bernabeu until 2023 and Spain fans will be hoping that he can take his club form into the World Cup.

Alex Iwobi joined Arsenal with in 2015 and a lot was expected at the Emirates from the Nigerian youngster and while he has failed to set the stage alight, the immense potential he has still remains. Iwobi was a regular in Arsenal's victorious FA Cup campaign of 2016-17 and his scored some crucial goals for the North London club.

On the international stage, Iwobi has done well for Nigeria in the limited opportunities he has got. His most notable performance in a Super Eagles shirt came last year in Nigeria's 4-2 win over Argentina in an international friendly where the Arsenal forward scored a brace.

The two sides will meet again at the 2018 World Cup in a group which also contains Iceland and Croatia.

Belgium is already a team that boasts of some world-class players, who are plying their trade in the biggest clubs in world football. The Red Devils also have some impressive youngsters who will surely be in the plans of manager Roberto Martinez. Among these youngsters is a 21-year-old midfielder Youri Tielemans.

At the age of 16, Tielemans became the youngest Belgian to play in the UEFA Champions League. He was named the Belgian Professional Footballer of the Year, scoring 13 league goals for Anderlecht to help them win the Belgian title. Following his brilliant season, there was talk of interest from both Manchester clubs and a host of other European elites, but the midfielder signed for French club Monaco for a reported fee of 25 million euros.

With over 100 appearances for German giants Bayern Munich to his name, it's hard to believe that Joshua Kimmich is only 23 years old. The right-back had a

brilliant season for Bayern as the Bundesliga team reached the semi-finals of the UEFA Champions League. Despite being beaten by eventual champions Real Madrid in the semis, Kimmich made it to the Champions League team of the season, courtesy his four goals and three assists in Europe.

Kimmich made his international debut for Germany at the 2016 Euros. By the age of 22, Kimmich had established himself as a first-choice full back for both club and country. And in October 2017, the defender was given the captain's armband, becoming the German captain since 1912.

The Colombian defender is just 21 years old but has already made a fierce reputation for being one of the best centre-backs in the Premier League. Sanchez joined Tottenham Hotspur from Dutch club Ajax in 2017, for a reported fee of 42 million pounds, and he has since gone on to really impress for Mauricio Pochettino's side. Sanchez was rewarded with a new and improved contract that will keep the Colombian international in North London until 2024.

Sanchez made 41 appearances for Spurs in all competitions this season and managed to keep the highly-rated Toby Alderweireld out of the side. After impressing for Spurs, Sanchez will have the chance to play in his first ever World Cup this summer when he appears for Colombia.

Colombia Marco Asensio Alex Iwobi Youri Tielemans Joshua Kimmich Davinson Sanchez 2018 FIFA World Cup FIFA Football
Get the latest updates on ICC Women's Cricket World Cup 2022 and IPL 2022, check out the Schedule , Live Score and IPL Points Table. Like us on Facebook or follow us on Twitter for more sports updates. You can also download the NDTV Cricket app for Android or iOS.