Ronaldo's sole goal in the Portugal vs Morocco match also made him the leading goal-scorer of the FIFA World Cup 2018 with four goals. 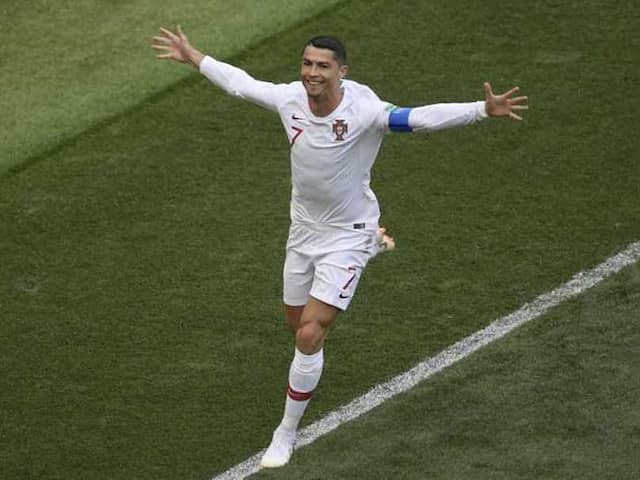 Cristiano Ronaldo celebrates after scoring the winner for Portugal against Morocco.© AFP

Cristiano Ronaldo on Wednesday became Europe's highest ever goal scorer in international football in a Group B match between Portugal and Morocco at Moscow's Luzhniki Stadium. Ronaldo achieved the feat in only the fourth minute of the match when he put Portugal in lead with a stunning header. Incidentally, that was the only goal scored in the match as Portugal edged closer to booking their Round of 16 berth in the FIFA World Cup 2018 by winning the match 1-0. Ronaldo's header was his 85th for his country, breaking the previous record of 84 goal of Hungary's Puskas between 1945 and 1956. However, Ronaldo still trails Iran's Ali Daei, who scored 109 goals in 149 appearances, in the list of all-time leading goal scorers.

Ronaldo's sole goal in the Portugal vs Morocco match also made him the leading goal-scorer of the FIFA World Cup 2018 with four goals. He is trailed by Russia's Denis Cheryshev.

Commenting on Portugal's win and his goal, Ronaldo said, "I'm happy I scored the goal but the most important thing is that we won the game...We have to think match by match in order to progress." 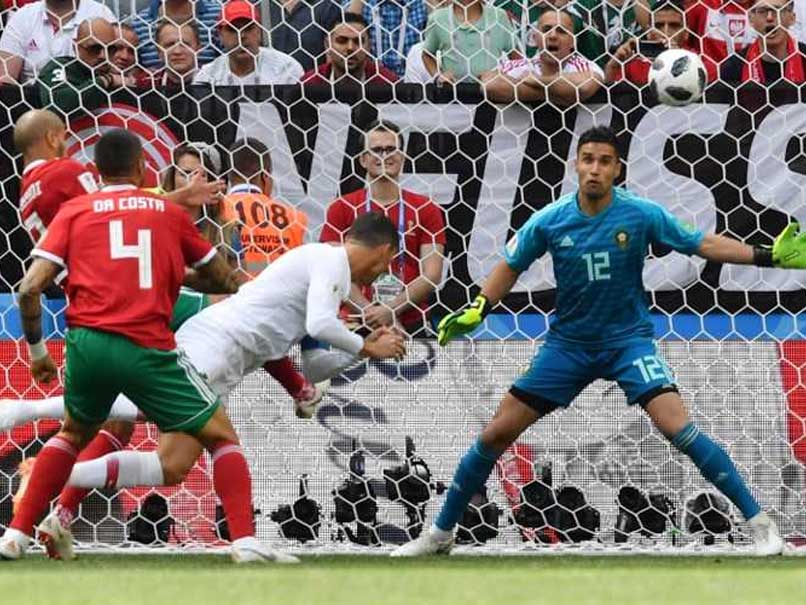 Meanwhile, the 33-year-old also became the first player since Portugal's Jose Torres to score with his right foot, left foot and head in a single World Cup campaign. Torres had achieved that feat in the 1966 World Cup.

In his previous three World Cup --2006, 2010 and 2014-- campaigns, Ronaldo had scored three goals from 70 shots. However, in this edition, he has already scored four goals from just five shots.

Cristiano Ronaldo 2018 FIFA World Cup Football Portugal vs Morocco, Match 18 FIFA
Get the latest Cricket news, check out the India cricket schedule, Cricket live score . Like us on Facebook or follow us on Twitter for more sports updates. You can also download the NDTV Cricket app for Android or iOS.