Didier Deschamps' side face Denmark on Tuesday with top spot in Group C up for grabs but progression to the next stage assured. 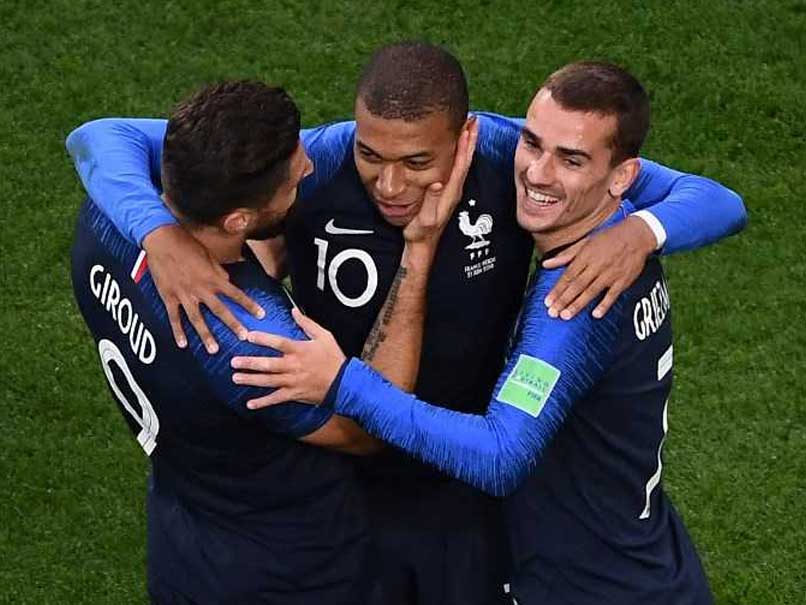 Teenager Kylian Mbappe became France's youngest World Cup goalscorer as they beat Peru 1-0 on Thursday to reach the last 16 and condemn the South Americans to an early exit. France, one of the pre-tournament favourites, join Uruguay and hosts Russia in the knockout rounds with one group game to go. Paris Saint-Germain forward Mbappe -- aged 19 years and 183 days -- underlined his rich talent and claimed his place in the French record books when he poked home in the first half. Didier Deschamps' side face Denmark on Tuesday with top spot in Group C up for grabs but progression to the next stage assured. In contrast, Peru face Australia with their fate sealed and just pride to play for in front of their passionate and large following that has decamped to Russia.

Some Peru fans were in tears even before kick-off -- a generation of Peruvians have never known their country in the World Cup before.

The South Americans' last appearance was in 1982 and they made this like a home game, ensuring their red and white dominated the Yekaterinburg Arena.

That included the two enormous temporary stands that stretch high above both ends, exposed to the elements, where Peru fans bobbed and bounced to keep warm.

Paul Pogba, the Manchester United midfielder who a few days ago called himself "the most criticised player in the world", flashed a drive wide and defender Raphael Varane did likewise from a header.

With 15 minutes gone, Pogba and France began to impose themselves.

Deschamps had clearly told his side, disappointing in beating Australia 2-1 in their opener, to go long and use Giroud's physicality.

Peru's best outlet in the first half was rampaging full-back Luis Advincula, who had the beating of defender Lucas Hernandez down France's left flank.

Peru, unfortunate to lose 1-0 to Denmark in their first game, took until the half-hour to have their first serious chance, with recalled skipper Paolo Guerrero stinging the legs of Hugo Lloris.

France captain Lloris, making his 100th appearance for his country, was a bystander for long periods.

On 34 minutes France went in front. Pogba cleverly played in Giroud, his shot took a deflection and looped over Gallese, allowing Mbappe to stab into an open net.

New-found confidence ran through the French and Hernandez should have made it 2-0 just before the break.

As in the first half, Peru made the better start to the second and midfielder Pedro Aquino arrowed a long-distance rocket onto Lloris's upright.

But for all their possession, Peru -- in their distinctive white kit with red sash -- caused the French defence few problems.

Peru 2018 FIFA World Cup France vs Peru, Match 22 Kylian Mbappe Football
Get the latest updates on IND vs NZ 2021, check out the Schedule and Live Score . Like us on Facebook or follow us on Twitter for more sports updates. You can also download the NDTV Cricket app for Android or iOS.