France will be hoping to top Group C with Denmark hoping to get past Australia and Peru. 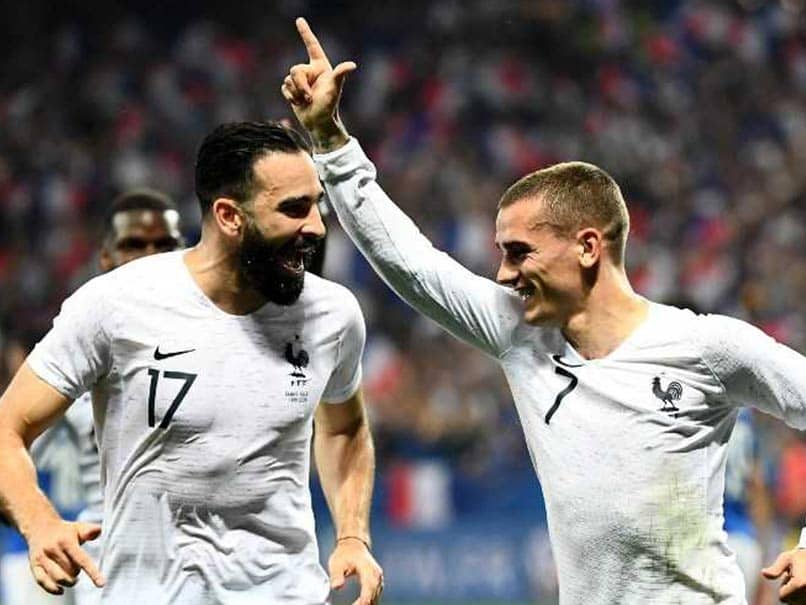 The 1998 champions France are one of the favourites to lift the cup in Russia.© AFP

The wait for FIFA World Cup 2018 is nearly over. Hosts Russia will take on Saudi Arabia in the opening match of the quadrennial event on June 14 as 32 teams fight for the title to be called world's best. The teams have been divided into eight groups of four each and Group C looms as one of the most intriguing and challenging places to be with Australia, Denmark, France, and Peru fighting it out for a chance to reach the knockout rounds.

Now, let us get to know more about this collection of teams that boasts a lot of talent.

Australia, one of the most dominant sides of AFC, secured a berth in a fourth consecutive World Cup. Expectations are relatively low as on paper, they appear to be the weakest team of this group. There is no doubt that it will be difficult for Australia to finish in the top two of Group C, however, it is not impossible.

The Socceroos' biggest strength is going to be the balance of their side and that is enough to ensure that the team from Down Under will not end up being a pushover from their tricky group opponents in France, Denmark and Peru.

Denmark, who have not played a major tournament since the 2012 European Championships, have been unbeaten in 11 games since October 2016. Tottenham Hotspur playmaker Christian Eriksen, who scored a superb hat-trick against Ireland, will be De Rod-Hvide's dangerman, while winger Pione Sisto's tricks will be vital for his team in Russia.

Denmark are likely to battle it out with Peru for second place but it is hard to see them going beyond the last 16.

The 1998 champions France are one of the favourites to lift the cup in Russia. Didier Deschamps, who captained France to victory at the 1998 World Cup and Euro 2000, has turned Les Bleus into a force to reckon with but has yet to deliver a trophy.

France are one of the strongest squads on paper and the enviable array of proven star players will have to step up to help add silverware to the growing hype.

Riding on a 12-match winning streak since November 2016, Peru will feature in a World Cup after a 36-year absence. La Blanquirroja's preparations for Russia were dealt a blow when Paolo Guerrero, who has scored the most goals in Peru's history, was suspended for six months by the Court of Arbitration for Sport (CAS) due to a positive doping test.

However, in a remarkable turnaround, Guerrero was granted a stay of execution by the Federal Supreme Court of Switzerland. The skipper's ban will remain in place but crucially be delayed until after the tournament's conclusion in July. Although this team's weakest point is their lack of World Cup experience, this close-knit group has defensive consistency and are very effective in front of goal.

Denmark Christian Eriksen 2018 FIFA World Cup Football
Get the latest updates on India vs England Series, India vs England , live score and IPL 2021 Auction . Like us on Facebook or follow us on Twitter for more sports updates. You can also download the NDTV Cricket app for Android or iOS.