While Denmark's recent form can hardly be described as consistent, they have been able to deliver when it matters most. 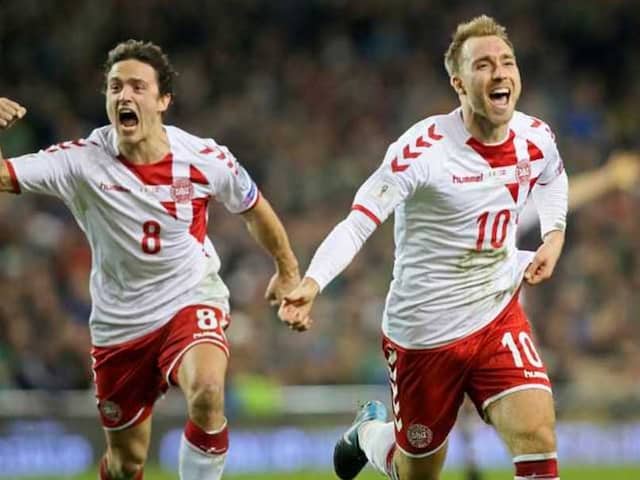 Christian Eriksen is capable of performing when the stakes are highest.© AFP

The past decade or so hasn't been the best of periods for Danish football. The national team missed out on qualifying for two of the past three FIFA World Cups and needed to beat Ireland in a playoff to book a ticket to this year's edition in Russia. However, coached by Age Hareide, Denmark will command respect when football's biggest tournament gets underway on June 14. The squad boasts depth and, in Tottenham Hotspur playmaker Christian Eriksen, world class talent, even if there are question marks over the team's attack. In addition, the 'Danish Dynamite', as the team is affectionately known by local fans, have the luxury of a relatively tame draw. Victory in the first game against Peru on June 16 will go a long way to guaranteeing the Scandinavian side's place in the knockout phase.

Another win five days later against an unheralded Australia will ensure Denmark's progress, regardless of the result of the final group match against France.

Hareide is likely to adopt a 4-3-3 formation, continuing the formula used in his team's 5-1 thrashing of Ireland last November.

On that occasion, Eriksen was the star of the show, bagging a hat-trick as the team secured a place in Russia.

The Spurs No. 23 will be joined in Denmark's midfield by Werder Bremen's Thomas Delaney, who enjoyed an impressive 2017-18 season in the Bundesliga.

Celta Vigo's Pione Sisto is another ace up Hareide's sleeve. The 23-year-old was something of a revelation in La Liga last season with nine assists and can be used as an attacking midfielder, winger or second striker.

The defence also looks solid with a center-back pairing of Andreas Bjelland and captain Simon Kjaer. In goal is Kasper Schmeichel, the son of Manchester United great Peter Schmeichel.

Kasper stepped out of his father's shadow by helping Leicester City to the 2016-17 Premier League title, the club's first top-level trophy.

However Denmark's attack does not look quite as impressive. Options include Nicolai Jorgensen, Niklas Bendtner, Andreas Cornelius and Kasper Dolberg. Hardly an inspiring group, although 20-year-old Dolberg has shown promise for Dutch side Ajax.

Without a doubt this is Eriksen. The 26-year-old had another superb season in the Premier League in 2017-18, with 14 goals and 11 assists across all competitions.

His performance in the November playoff in Dublin also showed that he is capable of performing when the stakes are highest.

That effort took his tally in Denmark's World Cup qualifying campaign to 11 goals. Eriksen's fine range of passing, calmness in possession and ability to shoot from distance make him a nightmare for opposition defences.

At 26, the former Ajax player is arguably in, or at least approaching, the best years of his career. A strong showing at this World Cup would confirm the Dane's place as one of the finest midfielders of his generation.

After a slow start to their World Cup qualifying campaign, Denmark won four of their last five fixtures before their rout of Ireland over two legs.

They have since played two international friendlies at home, recording a 1-0 victory over Panama and a goalless draw against Chile in March.

Sterner tests await in the coming days, with World Cup warm-up friendlies against Sweden and Mexico.

While Denmark's recent form can hardly be described as consistent, they have been able to deliver when it matters most.

And in Eriksen, they have a player who could just make the difference between a poor or average tournament and a memorable one.

Denmark Christian Eriksen 2018 FIFA World Cup Football
Get the latest Cricket news, check out the India cricket schedule, Cricket live score . Like us on Facebook or follow us on Twitter for more sports updates. You can also download the NDTV Cricket app for Android or iOS.