Croatia wrapped up top spot in Group D in Rostov-on-Don thanks to a slick second-half volley by Milan Badelj and a late strike by Ivan Perisic. 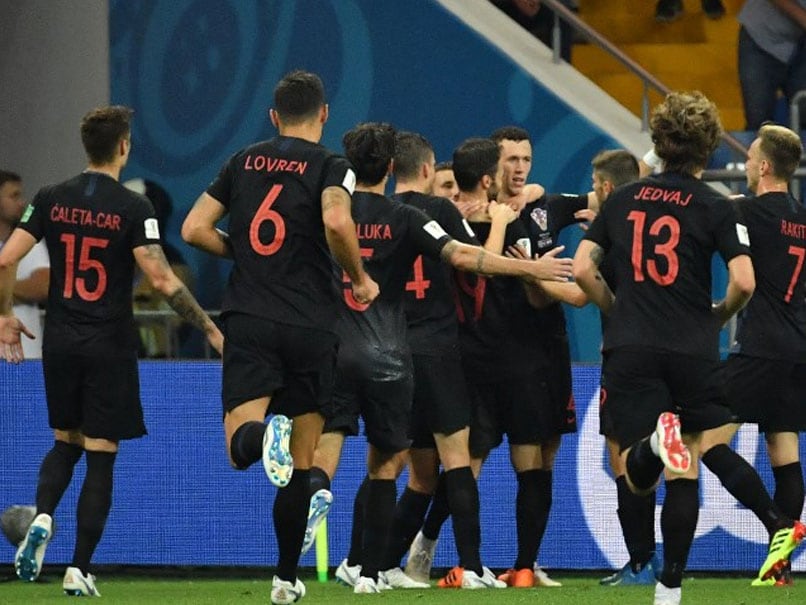 Croatia secured first place in Group D on Tuesday after a hard-fought 2-1 win over gallant Iceland in Rostov, setting up a last-16 tie with Denmark. While most eyes were on Argentina and their do-or-die match with Nigeria in Saint Petersburg, Croatia wrapped up top spot in Group D in Rostov-on-Don thanks to a slick second-half volley by Milan Badelj and a late strike by Ivan Perisic, sandwiching a penalty equaliser by Gylfi Sigurdsson. Croatia were already through to the last 16 and coach Zlatko Dalic rested most of the side that thumped Argentina 3-0, with only captain Luka Modric and the winger Perisic keeping their places. Needing a point to make certain of top spot, Croatiadominated early on, with Real Madrid pair Modric and Mateo Kovacic dictating the tempo without creating clear chances.

Midway through the period it was the Nordic side, who had beaten Croatia in qualifying for Russia, who took control, threatening from set-pieces and interceptions. On 25 minutes a trademark long throw from Iceland captain Aron Gunnarsson was headed dangerously across the goalmouth by the industrious Magnusson.

Everton's Sigurdsson tested Lovre Kalinic from a free-kick, while Birkir Bjarnason, who suffered a nosebleed early on, had shots blocked in quick succession.

Just before the break, a drive by Alfred Finnbogasson whistled past the post. Then on the stroke of half-time Gunnarsson forced an acrobatic save from Kalinic.

Ten minutes into the second period the match turned when Fiorentina striker Milan Badelj first clipped the bar with a long-range drive, then made no mistake a minute later.

The 29-year-old got his right foot over a deflected cross and fired a superb volley wide of Iceland goalkeeper Hannes Halldorsson to give Croatia the lead.

Iceland had to claim their first ever World Cup victory to have a chance of advancing and, urged on by fans chanting their famous Viking thunderclap, almost equalised within minutes.

First, a flick-on from another Gunnarsson long throw found Sverrir Ingason whose header was tipped over by Kalinic.

Moments later Ingason, who plays for Rostov, went even closer but his header hit the crossbar. On 73 minutes Bjarnason fluffed a close-range opportunity but Iceland's lifeline arrived a minute later when Dejan Lovren handled a cross by Sigurdsson in the penalty area.

Sigurdsson had ballooned a penalty over the bar against Nigeria, but this time dispatched his shot into the roof of the net with Kalinic diving the wrong way.

But as Iceland strained for the winner and a berth in the last 16 it was Croatia who threatened, free-kicks by Perisic and Rakitic worrying Halldorsson. Then on 90 minutes, Perisic delivered the final blow.

Sent into space on the left of the area the Inter Milan winger blasted a shot that ended both the game and Iceland's World Cup and put Croatia through to a match against the Danes in Nizhny Novogrod on Sunday.

Iceland 2018 FIFA World Cup Iceland vs Croatia, Match 40 Football
Get the latest updates on ICC T20 Worldcup 2022 and CWG 2022 check out the Schedule, Live Score and Medals Tally. Like us on Facebook or follow us on Twitter for more sports updates. You can also download the NDTV Cricket app for Android or iOS.