Cristiano Ronaldo Jr sent the ball into the top corner of the net and even dad was left a bit stumped. 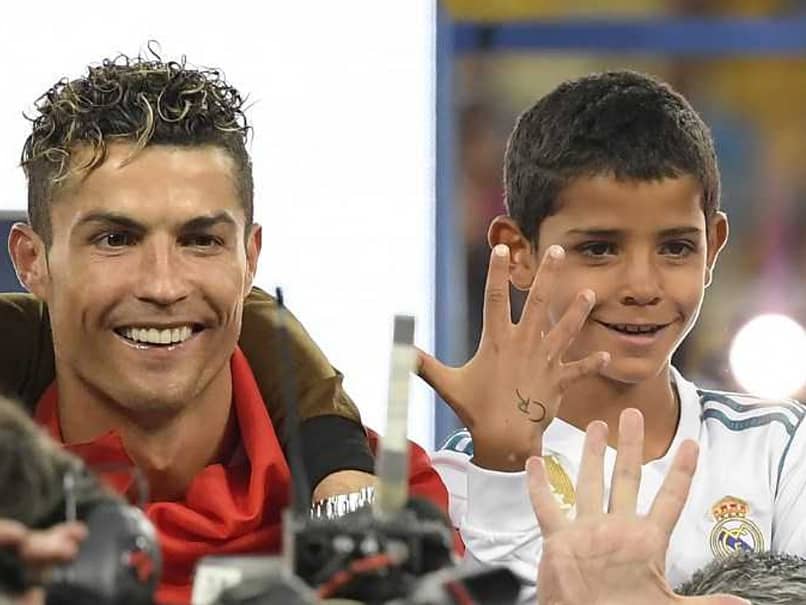 Cristiano Ronaldo will go down in history as one of the best players to ever take the field and his son, Cristiano Ronaldo Jr, is already starting to show signs that he will be following in his father's footsteps. Following Portugal's comfortable 3-0 win over Algeria at the Estadio da Luz in Lisbon, Cristiano Ronaldo Jr decided to showcase some of his skills. The 7-year-old, like his father has done innumerable times, stepped up to the plate and scored with a sensational strike that ended up at the top left corner of the goal. Cristiano Sr. stood there and seemed a bit shell-shocked but then broke into a huge grin.

The final whistle doesn't mean the show is over. Cristiano and his son, it's clear the apple doesn't fall far from the tree! #ConquerYourDream pic.twitter.com/YgebltOYpa

The Real Madrid star returned to the Portugal side on Thursday night with his team romping home in the FIFA World Cup 2018 warm-up match in Lisbon.

A brace from Paris Saint-Germain forward Goncalo Guedes, who spent last season on loan at Valencia, and another strike from Sporting Lisbon midfielder Bruno Fernandes secured a comfortable success.

It was a welcome boost for the European champions, who hadn't won since March and were held to draws by Tunisia (2-2) and Belgium (0-0) in their previous two friendlies.

Having been given some extra time off following Real Madrid's Champions League final victory over Liverpool, Ronaldo made his 150th international appearance for Portugal.

And his very presence sparked a marked improvement in Portugal's attacking thrust as he was involved in almost every dangerous move the hosts conjured until he was replaced on 74 minutes.

Portugal begin their World Cup campaign in Sochi against Spain on June 15. Algeria did not qualify.

Cristiano Ronaldo 2018 FIFA World Cup Football
Get the latest updates on IPL 2021, IPL Points Table , IPL Schedule 2021 , live score . Like us on Facebook or follow us on Twitter for more sports updates. You can also download the NDTV Cricket app for Android or iOS.