World Cup 2018: Antoine Griezmann Did Not Celebrate Goal Out Of 'Respect' For Uruguay 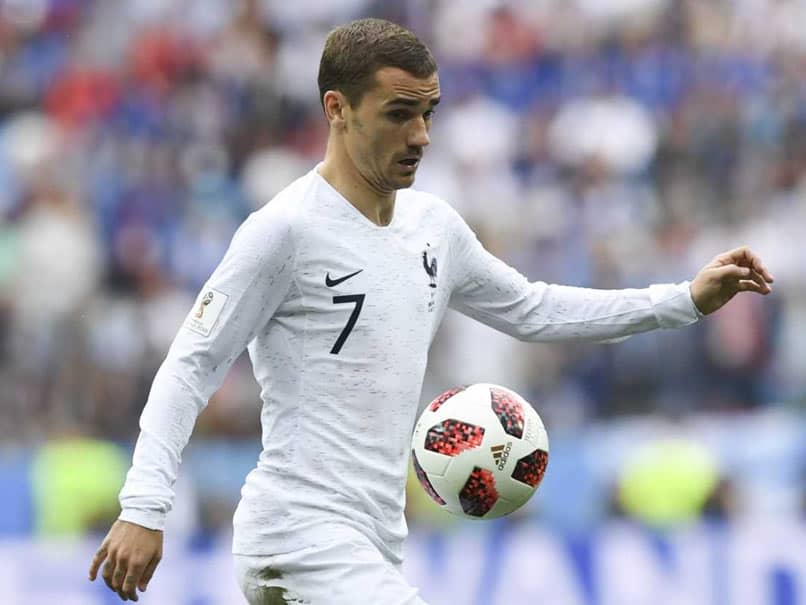 Antoine Griezmann said he did not celebrate his goal against Uruguay in the World Cup quarter-final out of "respect" for the South American nation. Griezmann scored France's second goal in the 2-0 win in the 61st minute, when his long-range strike found its way into the net after a mistake from Uruguay's goalkeeper Fernando Muslera. Instead of celebrating, Griezmann stood still as French players rushed to him, despite scoring the goal that helped secure his country's first World Cup semi-final in 12 years. "I didn't celebrate that goal because when I started as a professional footballer I was supported by a Uruguayan, who showed me the good and the bad of football," he said.

"Out of respect, I thought it was not appropriate to celebrate that goal."

In the run-up to the match, Griezmann had spoken about his affinity with Uruguay and his friendship with two Uruguayan players, Jose Gimenez and Diego Godin.

Griezmann plays his club football with Gimenez and Godin at Atletico Madrid and even turned up at the airport wearing a Uruguay shirt to greet his teammates when they qualified for Russia.

Before Friday's match, Griezmann turned up at the Nizhny Novgorod stadium drinking mate tea, a popular drink in Uruguay.

Not celebrating a goal against a former club has become standard in domestic football, but Griezmann may have been the first player to do at international level, especially at a World Cup.

However he has failed to convince everyone about his affinity with Uruguay.

Uruguay striker Luis Suarez, when asked about Griezmann prior to the match, replied honestly: "Antoine, no matter how much he says that he's half-Uruguayan is French and does not know what the Uruguayan feeling is," said Suarez.

"He does not know the dedication and effort that Uruguayans make from boys to be able to succeed in football with so few people."

Antoine Griezmann Football
Get the latest updates on India vs Australia Series, check out the India vs Australia Schedule for 2020-21 and Ind vs Aus live score . Like us on Facebook or follow us on Twitter for more sports updates. You can also download the NDTV Cricket app for Android or iOS.