Varane's glancing header and a goalkeeping blunder that gifted Antoine Griezmann a soft goal gave France a 2-0 victory over Uruguay in the first World Cup quarter-final. 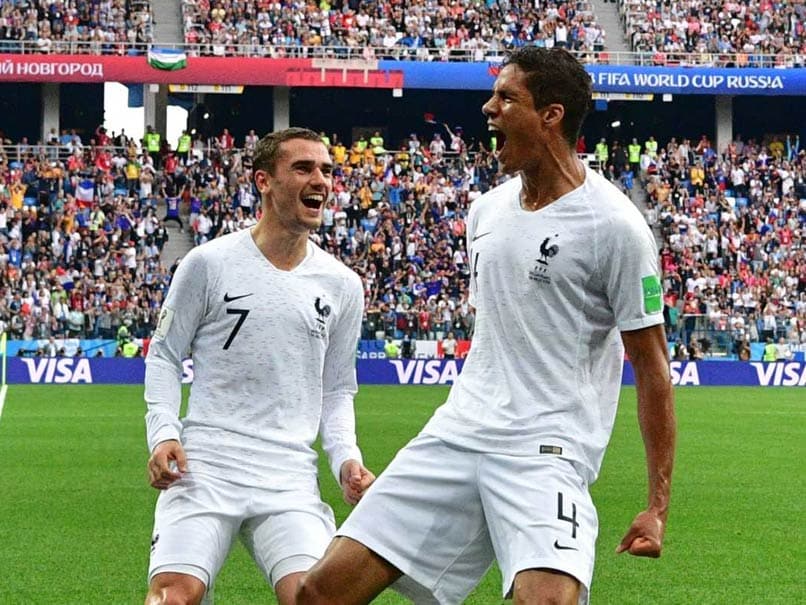 Griezmann, Varane scored a goal each to give France a 2-0 win over Uruguay© AFP

Raphael Varane's glancing header and a goalkeeping blunder that gifted Antoine Griezmann a soft goal gave France a 2-0 victory over Uruguay in the first World Cup quarter-final on Friday and a set up a last-four tie with Brazil or Belgium. Uruguay went into the game without key striker Edinson Cavani, who was ruled out with a calf injury with Cristhian Stuani drafted into the starting line-up and the impact on their attack was noticeable. France forward Kylian Mbappe, who had ripped apart Argentina in the previous round with his directness and pace, wasted a good opportunity to open the scoring in the 15th minute when Olivier Giroud headed across the box to him but the 19-year-old's looping header was off-target.

A relatively quiet game sprung to life in the 40th minute when Varane sprinted clear of his marker to meet a well-placed Griezmann free kick with a perfectly angled header.

Moments later, France goalkeeper Hugo Lloris ensured his side went in at the break with the advantage, producing a brilliant one-handed save to keep out a Martin Caceres header although Diego Godin will be disappointed his follow-up shot was wildly off target.

If that was an example of goalkeeping at its very best, Uruguay's Fernando Muslera showed how easily it can go wrong for the custodian with a horrendous error to gift France their second goal in the 61st minute.

Griezmann tried his luck with an effort from outside the box which was straight at Muslera but the keeper's ill-chosen attempt to palm the ball away ended with him merely deflecting the ball into the net.

France 2018 FIFA World Cup Uruguay vs France, Quarter-Final 1 Football
Get the latest updates on ICC T20 Worldcup 2022 and CWG 2022 check out the Schedule, Live Score and Medals Tally. Like us on Facebook or follow us on Twitter for more sports updates. You can also download the NDTV Cricket app for Android or iOS.