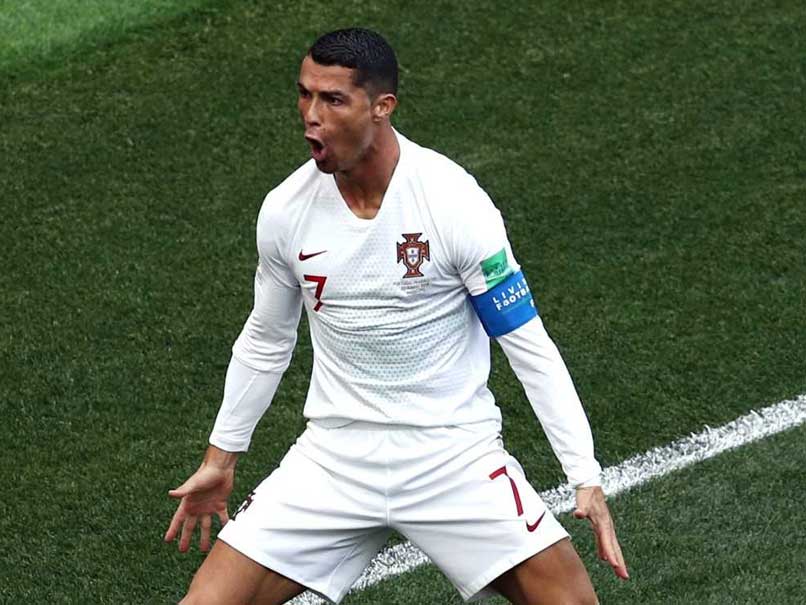 Portugal will look to seal their last 16 berth.© AFP

Virat Kohli on Sunday dubbed Portuguese talisman Cristiano Ronaldo as the greatest of all time. The India cricket team on Sunday underwent their first gym session in anticipation of the first Twenty20 International (T20I) against minnows Ireland at the Village in Dublin scheduled on June 27. Along side, Kohli who was declared 100 percent fit ahead of the UK tour, Dinesh Karthik, Manish Pandey, Bhuvneshwar Kumar, Suresh Raina and Kuldeep Yadav were seen sweating it out in the gym for the long tour. India are scheduled to play two T20Is against Ireland and three T20Is, three ODIs and five Tests against England. Later, the Delhi batsman took to social media to post a video of Cristiano Ronaldo from Portugal's inaugural fixture against Spain in the FIFA World Cup 2018, which ended in a draw with a caption stating, "Self belief, determination, courage and pure passion. The G.O.A.T. @cristiano"

However, with one win and one draw in the tournament so far, Portugal will look to seal their last 16 berth with a win when they clash against Iran in their final group encounter on Monday. Once again all eyes will be on 33-year-old in-form Cristiano Ronaldo, who will look to take away the match from the 37th ranked side coached by former Portugal coach Carlos Queiroz.

Self belief, determination, courage and pure passion. The G.O.A.T. @cristiano

Earlier, on Saturday, India departed for the 81-day long daunting tour of the UK. Captain Virat Kohli along with head coach Ravi Shastri seemed quite excited talking about the tour at the pre-departure press conference on Friday where the skipper firmly asserted that he has fully recovered and is ready to go. Team India players wasted no time when it came to enjoying the tour as they posted their departure pictures on various social media platforms.

Portugal 2018 FIFA World Cup Football
Get the latest updates on India vs Australia and check out  Schedule, Results and Live Score. Like us on Facebook or follow us on Twitter for more sports updates. You can also download the NDTV Cricket app for Android or iOS.