After making nine changes for last Thursday's win over England, Martinez is expected to revert to the line-up which impressed in one-sided wins over Panama and Tunisia. 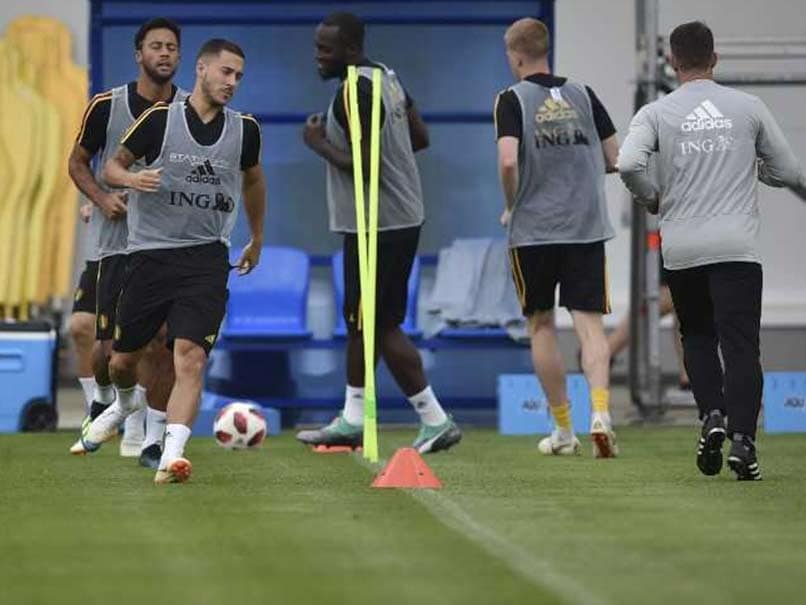 The Red Devils are wary of a possible repeat of their Euro 2016 quarter-final.© AFP

With their "Golden Generation" of players, Belgium have emerged as the dark horses of the FIFA World Cup 2018 in Russia. The Red Devils would like to continue their fine run of form when they lock horns with Japan in their Round of 16 encounter at the Rostov Arena on Monday.  However, Dries Mertens has warned Belgium against the perils of complacency with one eye on a possible quarter-final showdown with Brazil. Roberto Martinez's side defeated England 1-0 in their last outing to top Group G, earning what on paper should be a straightforward last 16 assignment against Japan.

But Mertens says the Red Devils are wary of a possible repeat of their Euro 2016 quarter-final, when they crashed to a 3-1 defeat to Wales despite being favoured to progress.

"I remember the Wales game," Mertens said. "Everyone thought we were going to go through, no problem. And then suddenly, we're out of the tournament.

"We're not going to under-estimate Japan because they have a strong team. If they have got this far, it means they're a good side."

After making nine changes for last Thursday's win over England, Martinez is expected to revert to the line-up which impressed in one-sided wins over Panama and Tunisia.

With nine goals so far in Russia, Belgium are the World Cup's top-scoring team.

Striker Romelu Lukaku has claimed four with two against both Tunisia and Panama in the group stages.

The Manchester United star is set to face Japan after missing the win over England with an ankle knock.

Martinez has all his players fit as Belgium hope to improve their best performance at a World Cup finals, 32 years after reaching the semi-finals of Mexico 1986.

Barcelona defender Thomas Vermaelen, 32, who played for 76 minutes against England, has proven he is over the thigh injury he suffered last month.

Manchester City centre-back Vincent Kompany, also 32, who replaced Vermaelen late on against the Three Lions, could force his way into the starting side after shaking off a groin injury.

Japan meanwhile will be aiming to make history by reaching the World Cup quarter-finals for the first time.

The Blue Samurai have reached the last 16 twice before, in 2002 and 2010, but on each occasion fell at the first hurdle.

The Japanese have endured stinging criticism in the aftermath of their final group game, when they ran the clock down in a 1-0 defeat to Poland, squeezing into the knockout rounds to advance at Senegal's expense by virtue of having picked up fewer yellow cards.

"Of course, it didn't look too good in the end, when the fans whistled, but for us the most important thing is that we progressed, said defender Gotoku Sakai.

Japan's captain Makoto Hasebe admitted, "that was a weird feeling, but I think we did everything right."

Nishino, 63, has done brilliantly to get the Blue Samurai into the knock-out stages having only stepped in when predecessor Vahid Halilhodzic was sacked in April.

Romelu Lukaku Rostov Arena 2018 FIFA World Cup Football Belgium vs Japan, Round of 16
Get the latest updates on IPL Auction 2023 and check out  IPL 2023 and Live Cricket Score. Like us on Facebook or follow us on Twitter for more sports updates. You can also download the NDTV Cricket app for Android or iOS.