Listen to the latest songs, only on JioSaavn.com
Rostov Arena 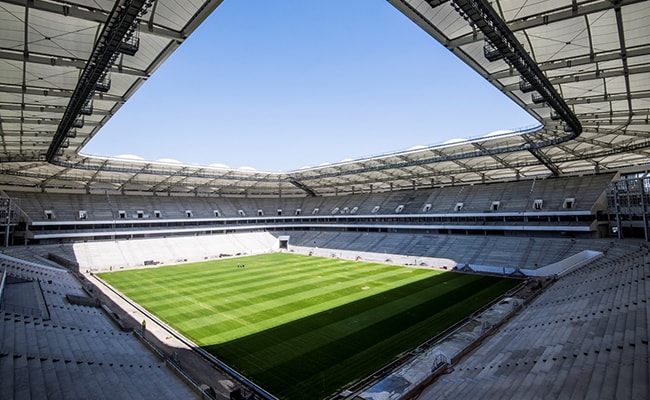 The stadium's capacity is 45,145 approximately. The stadium's construction was completed in December 2017 at the cost of 330 million US Dollars. The stadium will host five World Cup matches. Four group games, Brazil vs Switzerland, Uruguay vs Saudi Arabia, South Korea vs Mexico, Iceland vs Croatia and one Round of 16 match on July 2.

FIFA.com continues its series introducing fans to the 2018 FIFA World Cup Russia™ stadiums, which are preparing to welcome both fans and the best footballers on the planet. Today we present the Rostov Arena, where five-time world champions Brazil begin their campaign against Switzerland on 17 June.

The Rostov Arena is set to host four matches in the group stage of Russia 2018, including the opening day encounter between Brazil and Switzerland. Also, the winners of Group G will face the runners-up of Group H in the Round of 16 in Rostov-on-Don.

A post shared by FIFA World Cup (@fifaworldcup) on

The Rostov Arena, built specially for the 2018 World Cup, is capable of holding up to 45,000 spectators.The arena is located on a picturesque spot in Rostov on the left bank of the River Don and instantly catches the eye. During the World Cup, fans will be able to enjoy themselves on the riverbank, getting to know Cossack culture and tasting local cuisine in the many cafes and restaurants.