England are scheduled to lock horns with Sweden at Samara Arena in the third quarterfinal of the tournament on Saturday. 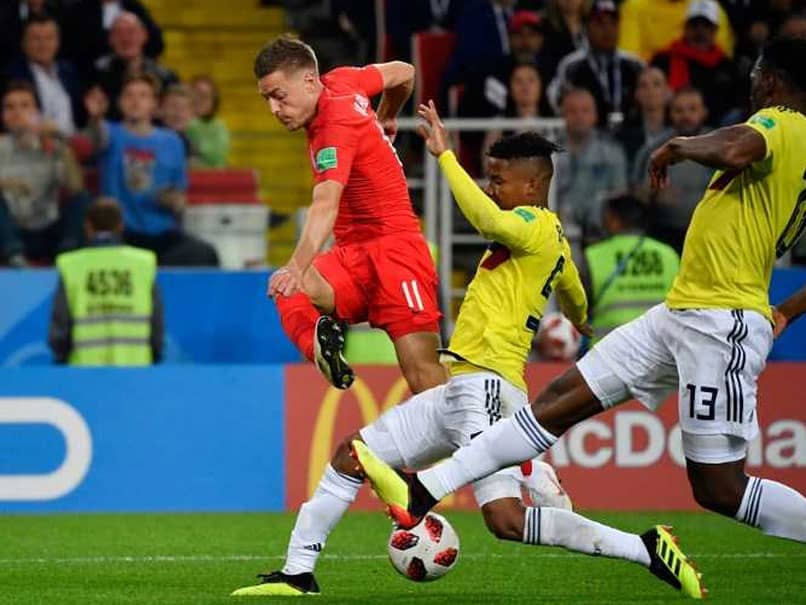 England defeated Colombia on penalties to enter the quarterfinals.© AFP

As England set up to take on Sweden in the quarterfinals, striker Jamie Vardy's appearance in the high-profile game looks unlikely as he was unable to take part in his side's training session on Friday morning. England are scheduled to lock horns with the Swedes at Samara Arena in the third quarterfinal of the tournament on Saturday. England striker Vardy, suffered a slight groin injury after entering England's last 16 tie against Colombia as a late second half substitute on Tuesday. He was unable to take the penalty kick in his side's dramatic shootout win over the South American side, ceding the decisive final kick to midfielder Eric Dier.

The Leicester City forward has been unable to train since Tuesday although the fact he was able to participate in the warm-up session with the rest of the squad on Friday suggests he could be available for the semi-finals if England progress.

Vardy's absence is unlikely to affect the England starting 11 on Saturday, with Harry Kane, who has scored six goals in this World Cup, expected to lead the attack.

But it could give a chance to Danny Welbeck, who has so far only played 11 minutes as a substitute in England's 0-1 defeat to Belgium in their final Group G match.

England's other minor injury doubts (Dele Ali and Ashley Young) were able to take part in Friday's training and are both expected to start in Samara.

England defeated Colombia on penalties to enter the quarterfinals while Sweden won 1-0 against Switzerland to book their berth in last eight.

Colombia 2018 FIFA World Cup Sweden vs England, Quarter-Final 3
Get the latest updates on India vs Australia Series, check out the India vs Australia Schedule for 2020-21 and Ind vs Aus live score . Like us on Facebook or follow us on Twitter for more sports updates. You can also download the NDTV Cricket app for Android or iOS.