England blew a golden opportunity to reach their first final since 1966. 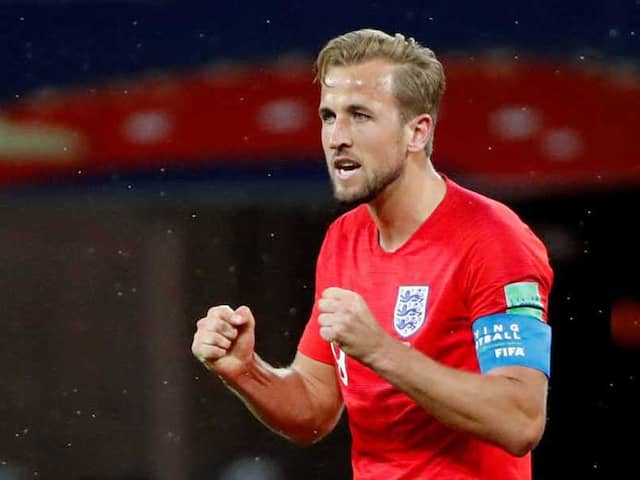 England re-engaged with a fan base disaffected by decades of failure.© Reuters

Harry Kane says England restored pride during their run to the World Cup semi-finals and can use the tournament as a springboard for sustained success for a talented young generation. Playing in their first World Cup semi-final for 28 years, England blew a golden opportunity to reach their first final since 1966, surrendering a 1-0 half-time lead to lose 2-1 to Croatia after extra-time in Moscow on Wednesday. The tournament's top goalscorer with six goals, Kane himself missed a huge chance to give England breathing space in the first half. But he believes even brighter days lie ahead for the third-youngest squad on show in Russia.

"It hurts now but I know when we look back there are a lot of positives, (a lot of) experience we can take. That's the aim, in two years' time in the Euros to go again and win big tournaments," said the Tottenham Hotspur striker.

"We've shown we can do well in these tournaments and the aim is now not to wait another 20-odd years to get to another big semi-final. It's to go again and try to achieve our dreams."

In their run to the last four, England re-engaged with a fanbase disaffected by decades of failure at international tournaments, most notably in a humiliating exit to Iceland at Euro 2016.

World Cup fever swept the nation back home and even after the defeat, thousands of England fans at the Luzhniki stadium stayed behind long after the final whistle to give their side a rousing send-off.

"It's massive that we had a good tournament and restored pride in the nation. The fans are excited to watch us play and that's how we have to keep progressing," added Kane.

"We should be proud and hold our heads up high because we've come a long way from two years ago. Even out there the fans singing after a defeat, it's a proud feeling."

England manager Gareth Southgate has taken much of the credit for moulding his young side, not only with a commitment to play attractive and attacking football on the field, but a fresh open attitude with fans and media off it.

"This team is very special," said Kieran Trippier, who had got England off to a flying start in the semi-final with a fifth-minute free-kick to open the scoring.

"It all comes from the manager. Unbelievable manager... I can't speak highly enough of him. He sets the tone, he brought this team together. Everybody knows how close our team is and that all comes from him."

Trippier was one of many England players with limited international experience before the tournament who went onto shine in Russia.

And he expects a "great future" for England, with most of the current squad still young enough to be around for the 2022 World Cup.

"There is a great future going forward, trust me, with this team," added Trippier.

"In the future for sure with this manager, with these players, the team is only going to progress and I'm sure we can go far in the next tournaments.

"We've got a great team spirit, great chemistry, a very young team. We can succeed and do the country proud."

Croatia 2018 FIFA World Cup Croatia vs England, Semi-Final 2 Football
Get the latest Cricket news, check out the India cricket schedule, Cricket live score . Like us on Facebook or follow us on Twitter for more sports updates. You can also download the NDTV Cricket app for Android or iOS.