The FIFA World Cup 2018 Group A will see hosts Russia and Uruguay as the big names with Egypt trying to edge in. 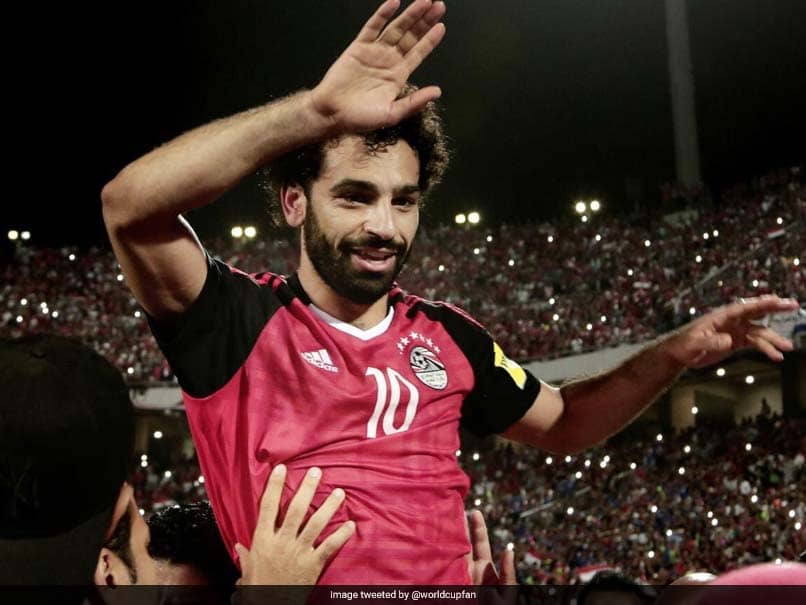 Egypt will be pinning their hopes for the timely return of their talismanic striker Mohamed Salah.© AFP

The stage is set for the world's biggest footballing spectacle, the FIFA 2018 World Cup in Russia from June 14 to July 15. Russia host the 2018 edition of football's flagship event. The hosts are placed alongside Saudi Arabia, Egypt and Uruguay in Group A. The Sbornaya - as the Russian national team are known - have been favoured by being drawn in what is perhaps the World Cup's weakest group. Their tournament opener is against 67th ranked Saudi Arabia on June 14 and will be followed by a clash with Egypt, who will play in only their third World Cup. Just making it to the tournament's second phase will represent a triumph of sorts for manager Stanislav Cherchesov. However, the entire footballing world is asking one question - will Mohamed Salah play?

Here we dissect the teams in Group A.

Egypt qualified for the FIFA World Cup 2018 after 27 years. The last time they played the World Cup was in 1990. The African nation will be pinning their hopes for the timely return of their talismanic striker Mohamed Salah. Salah is facing a race against time to be fit in time for the showpiece event after injuring his shoulder in the Champions League final against Real Madrid at Kiev. The Egyptian Football Association announced that the Liverpool forward has not been ruled out for Russia 2018 and that should be a relief for the North African country.

Salah almost single-handedly booked the place in Russia for Egypt after scoring the decisive penalty against DR Congo. Egypt will play in Group A along with hosts Russia, Saudi Arabia and Uruguay. The team will be delighted with their draw, even though they begin their campaign with a tough assignment against Uruguay.

The Pharaohs' head coach is the 62-year-old Argentinian tactician Hector Cuper, a man who knows the job. Cuper often uses a 4-2-3-1 formation with Sobhi and Salah on wings, and he prefers a direct passing game.

Russia's journey en route the World Cup hasn't been a smooth ride. In their last three major tournaments - the 2014 World Cup, the 2016 European Championship and the 2017 Confederations Cup - Russia have managed just one victory, three draws and five losses. In those fixtures, they scored seven goals and conceded 12. Such results doesn't bode well for the host nation. They will want to progress from the group stages.

Only once before has a World Cup host nation failed to progress beyond the competition's first stage. That dubious distinction belongs to South Africa in 2010.

Coached by Stanislav Cherchesov, Russia haven't fared much better in recent international friendlies, with home losses to France, Brazil and Argentina followed by a 3-3 draw with Spain. Despite having played each of their past six fixtures at home, Russia has not won since overcoming South Korea 4-2 in Moscow last October.

Saudi Arabia had failed to qualify for the World Cups in South Africa in 2010 and Brazil in 2014 but this time around they have a chance to compete. Saudi Arabia qualified for the World Cup for four consecutive editions between 1994 and 2006, but the 'Green Falcons' have never fared better than on their competition debut.

Saudi Arabia have never won a single game at the World Cup after beating Belgium in 1994. Saudi Arabia's road to Russia was not smooth. In the Asian section of 2018 FIFA World Cup qualification, Saudi Arabia collected 19 points with a 6-1-3 record. They finished second in the group following a 1-0 win against Japan in the very last round and secured a place in the World Cup. Saudi Arabia have the lowest FIFA ranking among the four teams in Group A.

Managed by Oscar Tabarez, this Uruguay team finished second in the South American standings, 10 points behind Brazil. Two-time world champions Uruguay will be heavy favourites to progress with a fearsome strike partnership of Luis Suarez and Edinson Cavani. However, the rest of their squad is not as strong as the one that reached the semi-finals in 2010 and they may rely too much on Paris Saint-Germain (PSG) star Cavani and the brilliant Suarez, who will be looking to right the wrongs of four years ago when he was banned for biting Italy's Giorgio Chiellini.

The heart of the team is the defensive pairing of Diego Godin and Jose Maria Gimmnez, who are also club teammates at Atletico Madrid. Uruguay rechristened themselves as a soccer power during the 2010 World Cup in 2010. Suarez and Diego Forlan had guided the team to the semis before losing to the Netherlands. They weren't able to replicate their form in the 2014 World Cup in Brazil. They crashed out in the Round of 16 clash against Colombia.

This time around they have a favourable draw which could see them progress beyond the group stage with ease.

Uruguay Mohamed Salah 2018 FIFA World Cup Football
Get the latest updates on India vs England Series, India vs England , live score and IPL 2021 Auction . Like us on Facebook or follow us on Twitter for more sports updates. You can also download the NDTV Cricket app for Android or iOS.